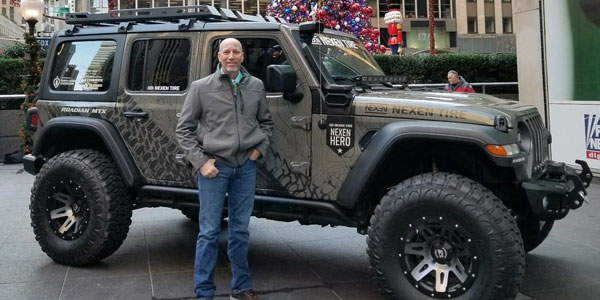 Army Sgt. 1st Class Ken Cates was deployed during the Iraq War and received several medals throughout his career.

Cates’s military career spans 26 years and started in the Army Reserves at age 18. He then took to the seas by enlisting in the Coast Guard. Cates was a shipboard and land-based electronics technician and served just over four years. He decided to enlist in the Army where he served another 22 years.

Cates was deployed during the Iraq War and received several medals throughout his career for exemplary military service. Cates was awarded the Bronze Star Medal, Army Commendation Medals and Army Achievement Medals and the Humanitarian Service Medal. Nexen says Cates wanted to set the example for exceptional leadership, as his father (Jay Cates, U.S. Coast Guard, retired) did before him. He retired from the Army in August 2015.

Cates is now the CEO of the Fort Hood Area Habitat for Humanity that serves three counties in the greater Killeen/Temple, Texas, area. Since taking on that role, Cates has helped the organization triple the number of homes it completes each year, in addition to nine other unique projects centering around repairs and community revitalization, Nexen says. These changes have impacted more than 30 families and he has helped complete 26 homes in the veteran community. These homes were built for homeless and disabled veterans, and in addition to more than 48 other projects last year, Cates’ leadership helped the organization impact 150 families.