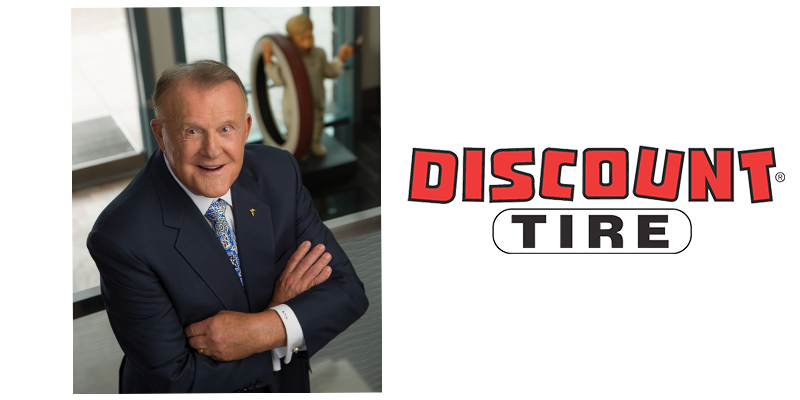 “It is with heavy hearts that we share the news that today, our friend, founder and a passionate family member, Mr. Halle, has passed away,” said Michael Zuieback, CEO of Discount Tire. “I have had the privilege of working with and learning from the most talented, respected, humble and kind leader anyone could hope for, and I speak on behalf of all who knew Bruce in that he will be dearly missed.”

Halle, born in Springfield, Massachusetts, opened the first Discount Tire store in Ann Arbor, Michigan, in 1960 with six tires and no business plan. At the time, he served as the tire technician, accountant, sign painter, toilet cleaner, customer service representative and wore other hats just to grow the business. His business motto was simple: treat others how you want to be treated, always give the customer a good deal; surprise the customer with unexpected benefits like clean bathrooms, free snow tire changes or free flat repairs; build your customer base through word of mouth; and have fun.

“His business model set a high bar for tire and service retailers and consumers benefited as his retail competitors had to step up their game,” said Dan Brown, retired and former president of Tire Pros franchise division and executive vice president American Tire Distributors (ATD). “Bruce Halle was an astute businessman, philanthropist and patriot. His life was a testimony to the American dream and he was a role model and inspiration for independent tire dealers and all those who had the good fortune to have known him.”

Before finding his footing in the tire industry, Halle came to understand the definition of hard work, as he helped deliver newspapers, cut grass and dug graves to help support his family during the Great Depression.

After two years of college, Halle joined the U.S. Marine Corps where he served in Korea. After his tour, he returned to college and studied Business Administration and graduated from Eastern Michigan University. While in college, he sold automobiles.

Since the 60s, Halle has created the largest and most recognized tire store chain in the country. This year, Discount Tire, headquartered in Scottsdale, Arizona, will surpass 1,000 stores in 34 states this year.

With a net worth of $5.2 billion as of January 2018, Halle was listed as Arizona’s wealthiest man by Forbes. 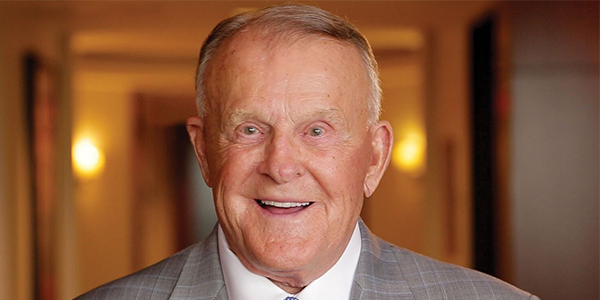 While creating his business, Halle gave back to the community. He and wife, Diane, launched The Diane & Bruce Halle Foundation, which covers a broad range of causes. He also created programs for Discount Tire employees such as the Bruce T. Halle Assistance Fund, which provides financial assistance to employees in need, and the Bruce T. Halle Scholarship Program, which has awarded over 2,700 scholarships for employees’ children to attend college.

Known as a humble man, Halle shied away from industry recognition, preferring to give to his employees and leadership team credit for the company’s continued success.

He and Diane have also made major gifts to Scottsdale Healthcare for the Halle Pavilion in the Piper Cancer Center, the American Heart Association for the Halle Heart Children’s Museum, Phoenix Children’s Hospital, the University of Arizona, Teach for America and much more.

“You’ll hear about just how good of a businessman he was, and dealers say how good of a person he is. He really cared about people and enjoyed life. He’s that rare breed who kind of went to the top of mountain professionally without sacrificing his personal attributes along way,” said Roy Littlefield, the Tire Industry Association’s executive vice president. “He has truly touched the lives of so many people and will be incredibly missed.”

In his personal life, Halle was deeply spiritual traveled to the Vatican, where he and his wife were knighted with the Order of St. Gregory for their contribution to chapel repairs. Throughout his life, Halle amassed an unprecedented art collection of more than 400 tire-related lithographs, which are curated and on display at company headquarters.

The book “Six Tires, No Plan: The Impossible Journey of the Most Inspirational Leader that (Almost) Nobody Knows” was written about Halle and recounts his rise from a kid with a newspaper route in New Hampshire to creating one of the country’s most respected companies.

Among numerous recognitions, Halle has received the Outstanding Business Leader Award from Northwood University and the Entrepreneur and Executive of the Year Award from Arizona State University. He was inducted into the Tire Industry Association Hall of Fame 2012. In 2014, he was named Modern Tire Dealer’s “Dealer of the Year Award.” In 2015, Halle received the prestigious Horatio Alger Award in Washington D.C.