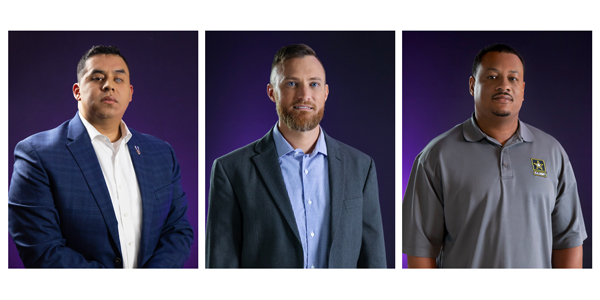 Nexen Tire America Inc. is spreading awareness about U.S. Purple Heart recipients by sharing some of their stories as part of the Nexen Hero Program.

Nexen Tire America Inc. is bringing awareness to the nation’s Purple Heart recipients by sharing some of their stories as part of the Nexen Hero Program.

People have been submitting hundreds of stories how their Purple Heart recipients were severely injured in combat operations. In nearly all cases, Purple Heart recipients struggle daily with many severe physical and mental challenges. However, instead of succumbing to these conditions, the individuals interviewed by Nexen Tire have chosen to live full lives and be active in their communities.

Last year, Nexen Tire honored Purple Heart recipient and retired Marine Cpl. Steven Diaz with a custom 2018 Dodge Challenger R/T 392 Scat Pack after hearing his story of courage and perseverance following a deadly Improvised Explosive Device (IED) attack. Diaz was conducting combat operations in Iraq in 2005 when he was severely wounded by an IED explosion which left him with permanent effects of Traumatic Brain Injury (TBI), Post-Traumatic Stress (PTS) and a seizure disorder. Although Diaz is now medically retired from the military, he has used his experiences and recovery process to dedicate himself to helping other veterans suffering from similar injuries. As the co-founder of Hidden Wounds, an organization designed to help those suffering from TBI and PTS, Diaz helps “Heroes battle the invisible war at home” where he currently serves as its chief operating officer and program manager.

“All we wanted to do was go after the bad guys – the real bad guys – the ones who were killing people,” said retired Air Force Staff Sgt. Zachary Ruttman, Purple Heart recipient. Ruttman and other members of his unit were hit by an IED during a classified mission and Ruttman suffered shrapnel injuries to his back, neck and head. “I remember feeling a lot of burning in my neck; like my neck and my head were on fire.” Ruttman said. “So, I reached back and realized it was the burning shrapnel that was back there. I began to pull it out and throw it on the ground over and over, but I just didn’t have my wits about me – I just wasn’t able to do anything about it at all.” Though he has permanent scars, Ruttman said he’s glad to be alive. “That Purple Heart medal is a badge of honor. When they asked me to go fight, I went and fought; and I feel it every morning when I get up. For me to receive that medal is an honor; it’s an absolute honor, and I wear it with pride now.”

“During the day, if it was ever quiet, or you drove into a market square and you didn’t see anyone, that was a huge red flag that it was a place you didn’t want to be,” said retired Army Sgt. 1st Class Michael Matthews, Purple Heart recipient. While on a mission in Iraq, Matthews recalled driving a Humvee, and then four weeks later, waking up in a hospital unaware of the events that had transpired. “When the first bomb went off, all I remember was the vehicle spinning,” Matthews said of the ambush that hit his unit. “I got on the radio, screaming and yelling, and began calling out what was going on. The front vehicle [exploded], and then the second vehicle [exploded], and that’s all I remember.” Matthews suffered from shrapnel wounds to the head, neck, chest, left arm and left leg. He was also shot in the neck, suffered from two separate breaks in his jaw, a fracture on his right arm and completely tore his rotator cuff and shoulder. “Thank God, I’m alive,” Matthews said of his attitude after waking up in the hospital. “Everybody has scars; some are physical, some are mental, some are hidden deep, deep away; but everybody has scars in their lives. And so, for me, the scars just represent whatever was trying to take me out wasn’t strong enough to do so.” Today, Matthews spends most of his time trying to make a difference in his community, now that he no longer wears a uniform.

Nexen Tire has posted the stories of Diaz, Ruttman, Matthews and other Purple Heart recipients in a playlist on its official YouTube page here.