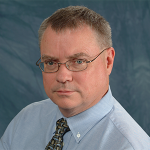 Speaker, consultant and Tire Review contributor, Roger McManus is known for his interest in advancing the business success of tire dealers, which now extends into a software platform designed to streamline social sharing by tire dealers across Facebook, Twitter and LinkedIn. The Automotive Marketing Foundation announced McManus will head up the tire manufacturer outreach effort for the new industry Automotive Social Portal (ASP) on behalf of the Automotive Marketing Foundation and the Tire Industry Association.

The ASP, powered by Rallio, provides a cloud-based digital platform that allows TIA, manufacturers and other content providers to create and distribute consumer educational content, including details on national, state and regional governmental issues, through the participating tire dealer network to then share with consumers. Participating dealers will use a dashboard-style portal within the system to manage the available content, selecting the pertinent content to broadcast through their social networks.

The Automotive Social Portal has multiple levels of participation. The base version is free to all independent tire dealers in North America, with enhanced features and functionality available for a fee.

In a media release from AMF, McManus compares the ASP system to a television station, where investors build a studio that is available to a defined audience (the entire tire industry). The station broadcasts both editorial content as well as advertising messages. Manufacturers, industry associations, distributors, dealers and other related information sources can deliver “TV programs” in the form of non-promotional, but branded, messages directly to consumers through their social media connections. All benefitting participants will share responsibility to build “viewership” with tools developed and provided by the Automotive Marketing Foundation.

Tire Review caught up with McManus to discuss his new role.

“Essentially what (I’m) doing is trying to engage the manufacturers of tires to use this as a platform to communicate things that are of urgency, such as a recall, or promotions such as new offers and new things, which they can do on a free stream via Facebook,” explains McManus. “The point is setting up a very large network that starts with the source of (content). That source could be the manufacturers, that source could be TIA, which has these significant videos on safety issues and different things that they produced for the membership and the assumption is the more people who are exposed to them, the more they will be utilized. By being able to deliver (content like this) directly to the consumer from a local dealer, it becomes much more impactful. Anyone who has information that will ultimately benefit the consumer will benefit from the system.”

According to McManus, the involvement of the manufacturers is vital to the usefulness of the tool. For the tire dealer, McManus says it’s a win-win, especially for those who struggle with fresh content to share on Facebook and Twitter to stay top of mind.

“Anytime they can communicate like this for the consumer with any kind of information, it brings their brand to mind. That’s the whole point,” he said. “They want keep communicating with their consumers but the fact is that they (sometimes) don’t have anything to say. The easiest part of this entire model is that we’ve got information that you can distribute that helps you be in front of the consumer on a regular basis. The exchange is for the tire dealers to get in front of as many people as possible – to invite people to like them. The AMF will provide them with collateral materials to help with that process.”

Over the coming months, McManus will be meeting representatives of tire manufacturers individually to map out the details and enlist their involvement. The ASP will officially launch in Q1 2017. Currently there are no tire dealers on the system, but McManus expects strong adoption once the platform is fully deployed.

Selling Smart: How Fit Is Your Customer Service?

Four Ways to Work Smarter in 2020
Connect with us