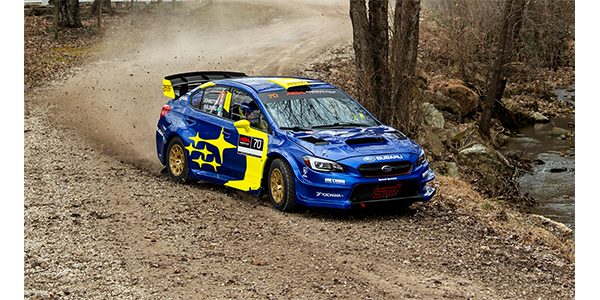 Yokohama Tire announced it has formed a marketing and motorsports partnership with Subaru Motorsports USA this season.

Yokohama Tire announced it has formed a marketing and motorsports partnership with Subaru Motorsports USA this season. Yokohama will provide technical support as well as ADVAN A053 rally tires for the Subaru Rally Team USA’s (SRTUSA) campaign in American Rally Association (ARA) events. In addition to the ARA activation, Yokohama will team up with Subaru for the One Lap of America race.

Yokohama also will work with Subaru on content and social media programs, as well as activation at select rally races and Subie enthusiast events.

“We’re really looking forward to an exciting season with Subaru Motorsports USA,” said Andrew Briggs, Yokohama’s vice president of marketing and product management. “They are going to be great partners and we’re honored to be supporting their talented drivers with our proven ADVAN products.”

“Yokohama is a world leader in tire technology, and a brand we trust as an OEM supplier for our production cars,” said William Stokes, motorsports manager for Subaru of America. “We’re excited to welcome them to the team for the 2019 rally season and showcase the capabilities of the ADVAN A053 on the WRX STI.”

“It’s been awesome working with Yokohama on so many platforms over the past couple years,” Pastrana said. “Yokohama had the best tire on the market when we tested for last year’s NRX, and early testing on their rally tire proved the tires were fast and consistent. I can’t wait to push them to the limits at the Oregon Trail Rally and other ARA events this year in my Subaru.”

The Yokohama-Subaru-Pastrana connection also will extend once again to One Lap of America, May 4-10. Pastrana and fellow Nitro Circus member Blake “Bilko” Williams, both Team Yokohama members and the winners of last year’s Stock Touring division, are back again…with a twist. This time, instead of being teammates, Pastrana and Bilko are taking on each other in the iconic race. They’ll be going head-to-head in identical Subaru WRX STI Type RA’s shod with Yokohama ADVAN tires.

Pastrana is ready. “Last year’s One Lap event was a blast,” he said. “Bilko and I got a chance to experience the event and push the Subaru STI to its limits. There was too much trash talking in the car and we decided at the end of last year’s event that we had to do it again…with the same car as we raced last year but on different teams! This year is going to be even better.”