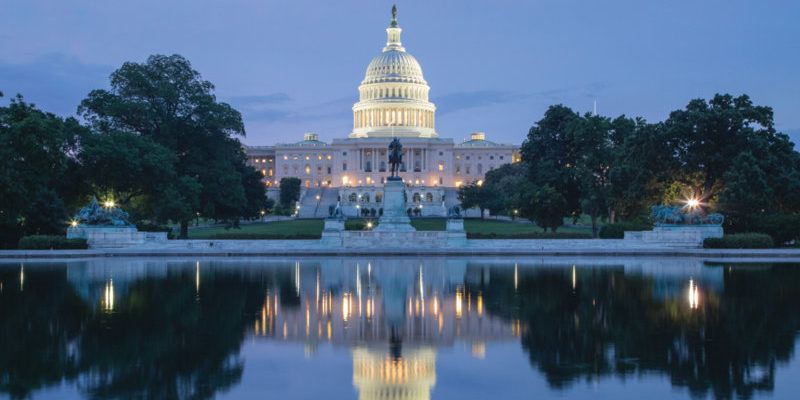 TIA says it continues to monitor two big pieces of legislation that could see movement this summer from the privately owned and small business perspective.

The first of these items is a yet-to-be-negotiated new iteration of the “Build Back Better” legislation. The Build Back Better Act provides funding, establishes programs, and otherwise modifies provisions relating to a broad array of areas, including education, labor, child care, health care, taxes, immigration and the environment.

TIA says it believes that the version of Build Back Better (BBB) that was passed by the House late last year is no longer, but that there is still a chance that there will be a smaller reconciliation bill that will include only provisions that Senators Manchin and Sinema support. TIA says if these two senators are willing to back any new reconciliation legislation, there will be a few items such as the extension of the child tax credit and possibly universal pre-k, to be included.

Also, on the watch list for small businesses, this summer is the SECURE Act 2.0, which passed the House by a majority (414 to 5) at the end of March. The SECURE Act 2.0 consists of two significant bipartisan bills that were introduced in this Congress with the intention of expanding employee access to retirement savings plans and making it easier for employers to engage them in saving for retirement, TIA says. TIA says it believes the margin by which the bill passed the House seems to give it momentum as it moves to the Senate – however, it is likely that, rather than passing the bill in its current form, the Senate will make changes or pass its own retirement plan bill and send the matter back to the House.

TIA says even though most of the major retirement plan groups in town are in favor of the House-passed Secure Act 2.0, there are a number of proposals that are apt to cause privately owned and small businesses real problems. The bill would mandate new 401(k) plans to include auto-enrollment starting at 3% of pay and increasing each year up to at least 10%. This means that a participant would be automatically enrolled in the 401(k) plan and have 3% of his pay contributed to the plan in the first year, 4% in the second, until reaching 10% in the eighth year. Participants are allowed to opt out. The mandate will not apply to businesses with 10 or fewer employees or new businesses that have been in business for less than three years.

TIA says while auto-enrollment definitely increases participation in retirement plans, it also is difficult for small businesses to administer. The bill would also force catch-up 401(k) contributions which are allowed for participants who are 50 or older to be after-tax, i.e., Roth contributions. It is likely that this change would cause many older participants to choose not to make catch-up contributions. TIA says a positive change in the House-passed Secure Act 2.0 is that the age at which a participant must start taking distributions from a retirement plan would move to age 73 starting this year, to age 74 starting in 2029 and to 75 as of 2032. It would also allow a plan to match a plan participant’s payments towards a student loan, instead of only matching 401(k) contributions made by a participant.

Additionally, TIA says, the chair and ranking member of the Senate HELP Committee, Senators Patty Murray (D-WA) and Richard Burr (R-NC), recently released a discussion draft of what they’ve dubbed the “RISE & SHINE Act”. The RISE & SHINE Act pulls together a number of stand-alone retirement plan bills into one package and is focused on those retirement plan proposals that are under the jurisdiction of the HELP Committee.

Senators Murray and Burr are currently soliciting feedback on their draft before it is formally introduced. The expectation is that ultimately the RISE & SHINE Act will be merged with the Retirement Security and Savings Act of 2021 and potentially some parts of Secure 2.0 to create a new Senate retirement plan bill.

TIA says it will be closely monitoring the progress of this legislation and will be working to educate members about the retirement plan elements that are critical to small businesses and their owners and employees.