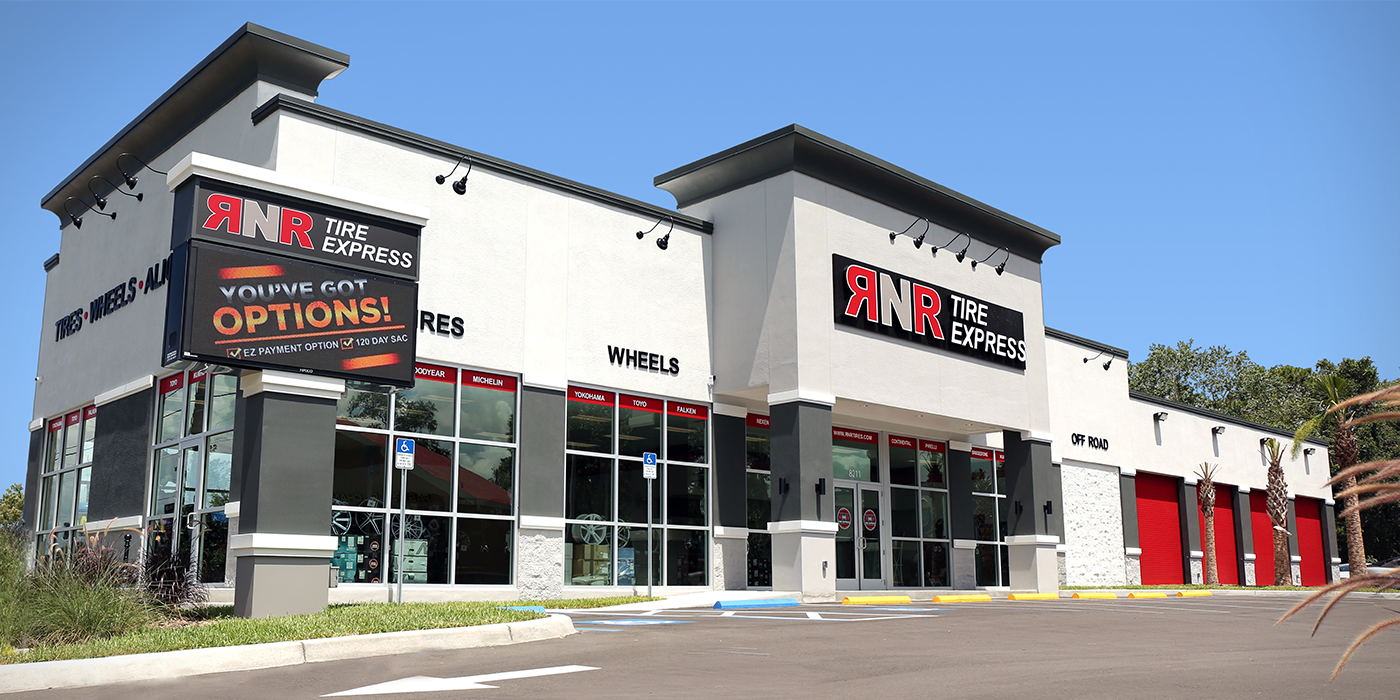 RNR Tire Express says it has led an effort to fortify its position in the tire retail market and prospects for the year ahead. Due to this, RNR says it’s primed to reach more consumers and a higher degree of profitability than ever before.

The company says the past year saw the emergence of the RNR Tire Express brand in more than a dozen new markets with 20 new locations, amongst them being Queensbury, NY and Tucson, AZ. RNR Tire says both are the first stores in those states. In total, this brings the number of locations for the dealership to 163.

RNR says this year, it will focus on pushing its development westward, as the company has snagged a commitment for 31 additional locations through four new multi-unit development agreements.

Recently, RNR Tire Express was recognized in Entrepreneur’s Franchise 500 list as one of the leading franchise brands throughout the U.S. and Canada, and as the No. 1 tire and wheel franchise for the second year in a row. It also found itself on the Inc. 5000 list, which documents the year’s fastest-growing private companies. In recognition of its growth, the company was featured in Franchise Time’s 2022 Fast & Serious list, highlighting the 40 smartest-growing brands in the country.

Moving forward in the months ahead, RNR Tire Express plans to break ground in over 15 new markets, enter into four new states, and surpass 190 locations in operation by the end of 2022, the company says.