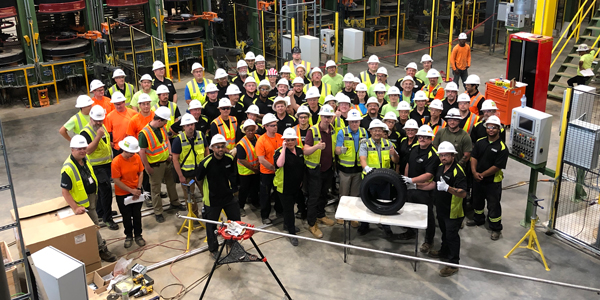 Nokian Tyres has produced the first test tire at its factory in Dayton, Tennessee.

The first tire, a Nokian eNTYRE 2.0 in size 205/55R16, marks the beginning of trial production, as Nokian Tyres remains on schedule to start building tires for commercial sale in the early part of next year, the company says.

Nokian says it aims to double sales in the region by 2023.

Between now and the end of the year, Nokian Tyres says it will produce thousands more tires for testing and machine calibration purposes. Annual capacity at the factory will be 4 million tires in 2023 with further expansion potential.

The facility, an investment of $360 million, will allow the company to make products tailored to the needs of North American consumers.