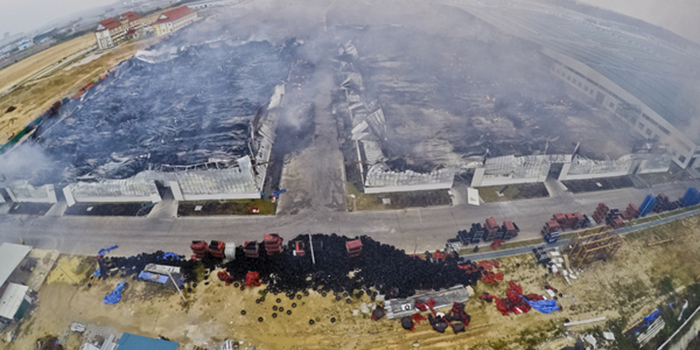 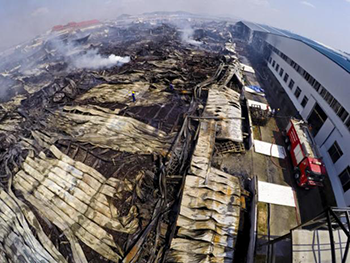 More details have emerged about the devastating fire at Shandong Linglong Tyre Co.’s new plant in Thailand, where six warehouses were destroyed and some 600,000 to 850,000 tires earmarked for the U.S. were lost.

The company also released an official statement about the blaze, which broke out at around 8 p.m. local time on Feb. 1. The fire started in a warehouse, the Bangkok Post reported, and the estimated 200 employees working in the actual plant apparently evacuated the facility.

“Investigators said witnesses reported hearing a loud sound, like an explosion, followed by a fire at a tire warehouse,” the newspaper reported.

The fire brigade at the Hemaraj Industrial Estate in Rayong’s Pluak Daeng district “immediately helped to control the fire but it was too strong for them,” the newspaper said.

At least 50 fire trucks and more than 150 firefighters from Rayong, Chon Buri and Chachoengsao provinces were dispatched to battle the fire, which was fueled by thousands of tires and strong winds in the area that evening.

A few employees were reported to have suffered minor smoke inhalation, but officials reported no major injuries. The plant is now closed under government orders while an investigation is underway.

In its official statement, issued on Feb. 2, the tiremaker said (published as written):

“The fire happened in tire warehouses, and it was under control in time. All workshops, power system together with production and auxiliary facilities were not affected. We purchased property insurance ahead of the fire, which means there is no significant impact on our production and sales.

“Now we are checking tire stock and analyzing accident caution as well as excluding security risks. It will continue the production after qualified inspection by local government. Currently, all customers can be assured that all your Thailand molds and orders are not affected.”