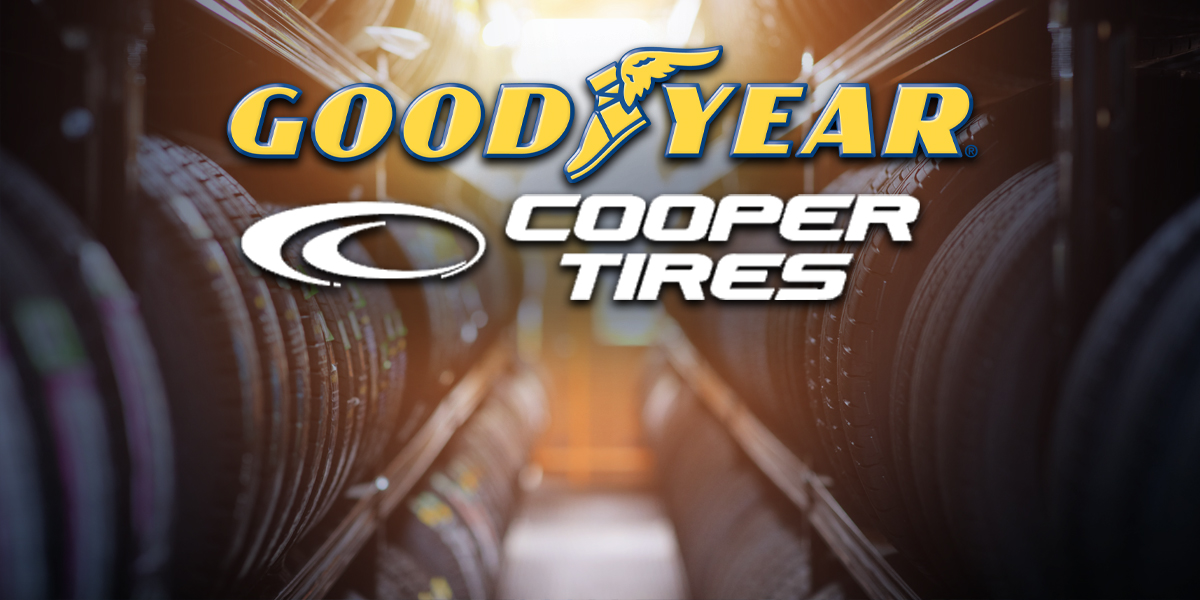 Financial analysts and dealers weighed in on trickle-down effects the deal would have on the tire supply chain.

Goodyear’s plans to acquire Cooper Tire left the industry with more questions than answers: Will Cooper now be distributed through TireHub? Will product lines go away? How will Goodyear consolidate its R&D? What will the company’s sales force look like?

While many of these answers are still up in the air as the transaction awaits regulatory approval, financial analysts and dealers weighed in on trickle-down effects the deal would have on the tire supply chain.

In the distribution sector, Goodyear has the option to distribute the Cooper brand through TireHub, its national distribution arm that it formed with Bridgestone in 2018. Phillip Kane and Steve Rathbone, senior advisor and managing director with Stout, a global investment bank and advisory firm, say Goodyear could leverage both TireHub and other distributors for “wholesale optionality,” and see potential to now revisit its national distribution choices for both brands.

Chris Monroe, owner of Monroe Tire & Service in Shelby, North Carolina, said while the Goodyear-Cooper transaction won’t affect his business, he wonders about how it will impact the distribution sector.

“My initial reaction was not one of surprise that we have yet another acquisition, but what are the real reasons behind this? Is it to solidify the second-tier marketplace or to keep investors confused with financials?
And, I wonder how will this affect the distribution channel, in particular the ATD [American Tire Distributors] and TireHub sandbox?”

“Our initial reaction to the impending transaction was surprise,” said Don Foshay, owner of Don Foshay’s Discount Tire & Alignment. “Not necessarily surprise at Cooper being sold, but that Goodyear was the buyer.” With six retail stores and a wholesale operation (Summit of New England), Foshay’s operation has grown to become the largest Cooper dealer in northern New England.

Don Foshay’s has been a Cooper dealer for more than three decades, and its commitment to the brand runs deep. “It’s the family atmosphere and past commitment to the independent dealer. They have been more than a supplier over the years. Those are some of the reasons we have been a Cooper dealer for over 30 years,” explains Foshay. Since the day the first Cooper branded tire was made in 1920, the tiremaker had a reputation for taking care of its employees — and with a similar philosophy at his business, Foshay says he values being aligned with Cooper.

Foshay adds he’s more than willing to look at whatever else the transaction brings to the table from both the product and program standpoint, including more OE placements, along with potential access to some of the car dealer programs.

For Shane Robertson, corporate development director at Robertson Tire, availability and pricing are a concern.

“As of now, we get our Coopers from ATD. But Goodyear and ATD parted ways a few years ago. So, now I assume ATD won’t have Cooper, so we will be awaiting the plan there,” Robertson said. “S&S Tire is our current Goodyear dealer, so that is really our only concern… pricing and availability and how it will affect our relationships with current distributors.”

While we wait to see as to how this will play out, Rathbone and Kane say wholesalers will need to continue to adapt and innovate with consolidation at the manufacturing and retail level.

“With the wholesalers ‘in the middle,’ they will need to remain nimble, focus on managing costs, choose alliances carefully, differentiate, retain and build scale,” they say. “As always, the ‘best of breed’ will outperform their peers and continue to find ways to be the critical partner to manufacturers and retailers alike.”

For dealers, expect to see greater breadth and depth of tire brands from Goodyear in the long term, especially when it comes to tire sizes. Having limited Tier 2 offerings in the past, the acquisition gives Goodyear a solid position and momentum for Tier 2 growth, Kane and Rathbone say.

Tier 2 brands have also been strongly adopted by OEMs. Given Goodyear’s strong OE relationships, the acquisition presents an opportunity for the company to leverage those relationships with the Cooper brand.

Chris Mitsos, vice president of Mountain View Tire & Service, said with Cooper in acquisition talks with Apollo Tyres in 2014, he wasn’t surprised to hear the Findlay, Ohio-based tiremaker would be acquired by “a bigger fish” like Goodyear.

“Like everybody else in the industry, I didn’t have any prior knowledge or any inkling,” he said. “I have been doing business with Goodyear for 33 years and doing business with Cooper for 11 years. We think their products complement each other, which is why we purchase, stock and sell their tires. Between Goodyear and Cooper’s portfolio, it’s roughly 70-75% of our sell-out. I wish them both a lot of success.”

While the combined company may eliminate some tire brands over time, Rathbone and Kane said the key for Goodyear going forward will be to maintain transparency among its soon-to-be larger dealer base.

“Transparency and messaging with its dealer network is critical to assure key partners of the benefits of the transaction to their businesses, in what remains a highly competitive wholesale distribution landscape,” they said.