Unlike the old Neil Sedaka song, breaking up wasn’t that hard to do for Cooper Tire & Rubber Co. and Apollo Tyres – but the after-effects from the unconsummated marriage will take some time to sort out.

On Dec. 30 – the day before the deadline to complete Apollo’s acquisition of the Findlay, Ohio, tiremaker – Cooper pulled the plug on any deal, saying it wanted to “focus on continuing to build our business.”

While not considered a shocking move, Cooper’s announcement closed out a roiling six-month period that started June 12 with Apollo and Cooper agreeing to join, continued through trips to Delaware courtrooms and finally the unceremonious early morning announcement.

“It is time to move our business forward,” said Roy Armes, Cooper’s chairman, CEO and president, in that statement. “While the strategic rationale for a business combination with Apollo is compelling, it is clear that the merger agreement both companies signed on June 12 will not be consummated by Apollo and we have been notified that fin­ancing for the transaction is no longer available.”

While insisting that Cooper’s “business model is strong” and that it was Apollo that “breached” the deal, Armes acknowledged a key element to the acquisition’s demise. “Addressing the situation at Cooper Chengshan Tire in Rong-­ cheng, China, is our top priority in the near term.”The strike and continuing problems at the joint venture plant  “were driven by the merger agreement,”he said, and with the Apollo deal now “terminated,” Cooper is working to “restore normal operations at CCT,” and get its financial and production information sorted out.

“Once the situation at CCT is resolved and regular financial reporting has resumed, Cooper will be in a position to address additional options for the deployment of capital targeted at returning value for our stockholders,” he added.

For its part, the Indian tiremaker expressed its disappointment, while clearly pointing the finger at Cooper. “While Cooper’s lack of control over its largest subsidiary and inability to meet its legal and contractual financial reporting obligations has considerably complicated the situation, Apollo has made exhaustive efforts to find a sensible way forward over the last several months, however, Cooper has been unwilling to work constructively to complete a transaction that would have created value for both companies and their shareholders.”

Armes addressed one specific topic in a post announcement press briefing: whether Apollo sought to execute the deal at a lower share price. While Armes did not deny that such an offer was put on the table, the Cooper chief did state: “Cooper never received a proposal from Apollo to reduce the share price that included committed financing or that did not come with unreasonable risk for our company and our stockholders…all discussions that took place with Apollo regarding reduced share price either raised Cooper’s risk or did not have the necessary financing and deal certainty.”

Both sides have stated they will pursue legal remedies; Cooper said it will seek the $112.5 million “breakup fee” built into the deal, and Apollo will chase the $50 million termination fee it feels it is due with the deal’s failure. The Delaware Chancery Court has yet to offer its final finding on whether Apollo used its “reasonable best efforts” to close the deal. There is no timetable for when – or if – Judge Sam Glasscock III will issue his ruling, leaving the door open to further appeals. In short, the remnants of the deal may not be fully untangled for months – even years.

Besides the obvious legal wrangles that will continue, both sides apparently see futures that potentially involve other tie-ups. In its statement, Apollo made a point of stating that it “has many other compelling growth opportunities around the world that we are continuing to pursue.”

In a post announcement media conference call, Cooper vice president and CFO Brad Hughes offered: “As always, we are focused on maximizing value for our stockholders. In this regard, we are open to all potential paths, including possible business combinations that further our strategy – that’s always been the case and will continue.” 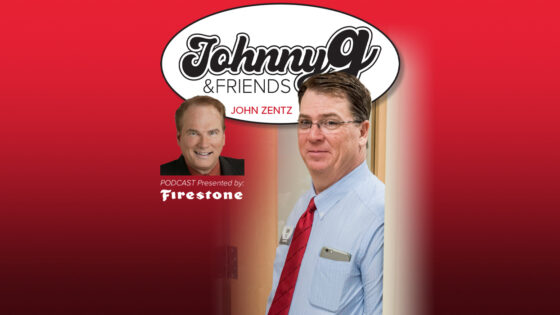