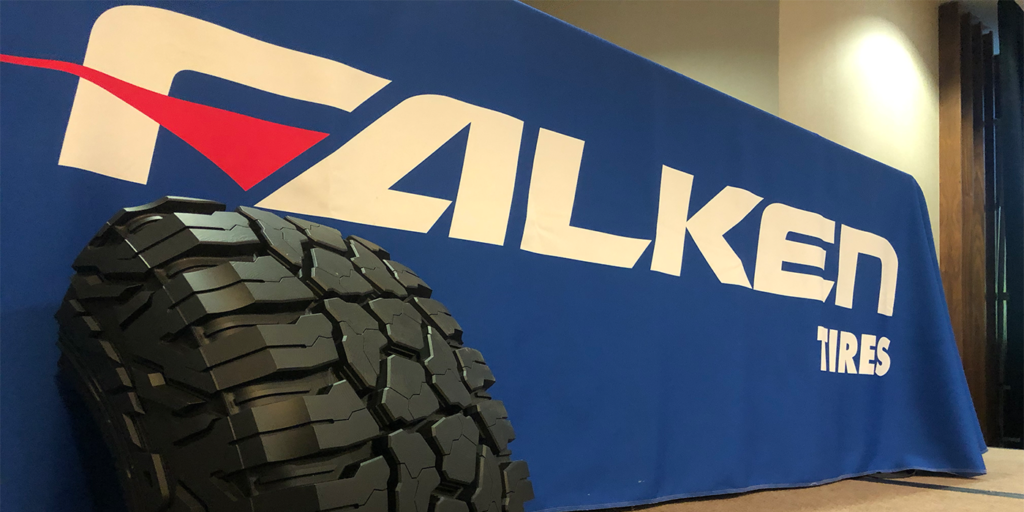 A new rugged-terrain tire, drive tire and all-season UHP tire – which Falken leadership says pushes the limits of performance – will be launching next year for the Falken brand as it looks to refresh its product lines. The leadership team of Sumitomo Rubber North America (SRNA) debuted its 2022 parade of products at its dealer meeting amid the mountainous landscape of Snowmass Village, Colorado, just outside of Aspen, on Sept. 13.

During the four-day dealer meeting, dealers and distributors were treated to outdoor adventures such as hot air balloon rides, fly fishing, a hike around the Maroon Bells and a Jeep Tour in the around the Aspen area’s mountain ranges.

Rick Brennan, executive director of marketing for Falken Tire, explained the products the company will debut next year to the more than 25 dealers and distributors in attendance. Learn more about the new products coming next year from the Falken brand below.

Brennan called the Azenis FK460, the brand’s new UHP all-season tire, the crown jewel of the new products being launched next year, as it pushes the bounds of performance of its predecessor, the Ziex ZE960 all-season tire.

“We pushed the performance level up to levels we couldn’t reach before,” Brennan said about the tire. “Take a strong look at this. This line will be a core one for us going forward.”

Slated for a June 2022 debut, the FK460 will come in 63 sizes at launch and balances wet and dry performance with light snow capability. The tire is meant for sport CUV fitments and has a Y speed rating. Brennan said it will have a higher load index for sizes meant to be used for electric vehicles, such as Tesla. He said the company is in the midst of testing the tire for its mileage warranty, but dealers should expect it to be competitive with the segment at around 50,000 miles.

“It’s positioned between the [Wildpeak] A/T3W and M/T as far as ruggedness and off-road use,” Brennan said.

The R/T01 features a Duraspec three-ply sidewall as well as new sidewall aesthetics, Brennan said. It will come with 20/32nds of tread and features a 30-day free trial and road hazard warranty.

On the commercial side, Falken will debut the BI837, a new closed-shoulder drive tire that Brennan says features better performance than the BI830 in light off-road and mixed service applications.

Falken will have a slew of size expansions coming in 2022 for key light truck products. Brennan said the brand is slated to bring on 45 new sizes and five load rating changes with the size expansions. The new sizes coming on board are as follows:

Brennan said the brand will discontinue the Ziex S/TZ05 by the end of 2022 with the tire’s sizes transitioning to other lines.

With the launch of the brand’s Eurowinter HS01 and HS01 SUV winter tire products in February this year, Brennan said one additional size – 22560R18 – will be added to its 41 size lineup for 2022.

On the commercial side, the RI151 Plus, an all-position utility tire, will have a maximum speed increase from 75 mph to 87 mph, Brennan said. In addition, the BI850, a 19.5-inch drive tire, will feature handling improvements thanks to a new tread compound and tread modifications. Both changes will come in Q1 2022, Brennan said.

Falken has dramatically increased the number of OE fitments it has in key segments, especially for its Wildpeak lines of light truck tires. Brennan said the Wildpeak line found its home on OE fitments in the last two years on the Ford Bronco Sport, Jeep Gladiator Rubicon, Mercedes Benz G-Class and RAM 1500 4×4.

Kenda is out to demonstrate its ‘Podium to Pavement’ credo in performance racing. 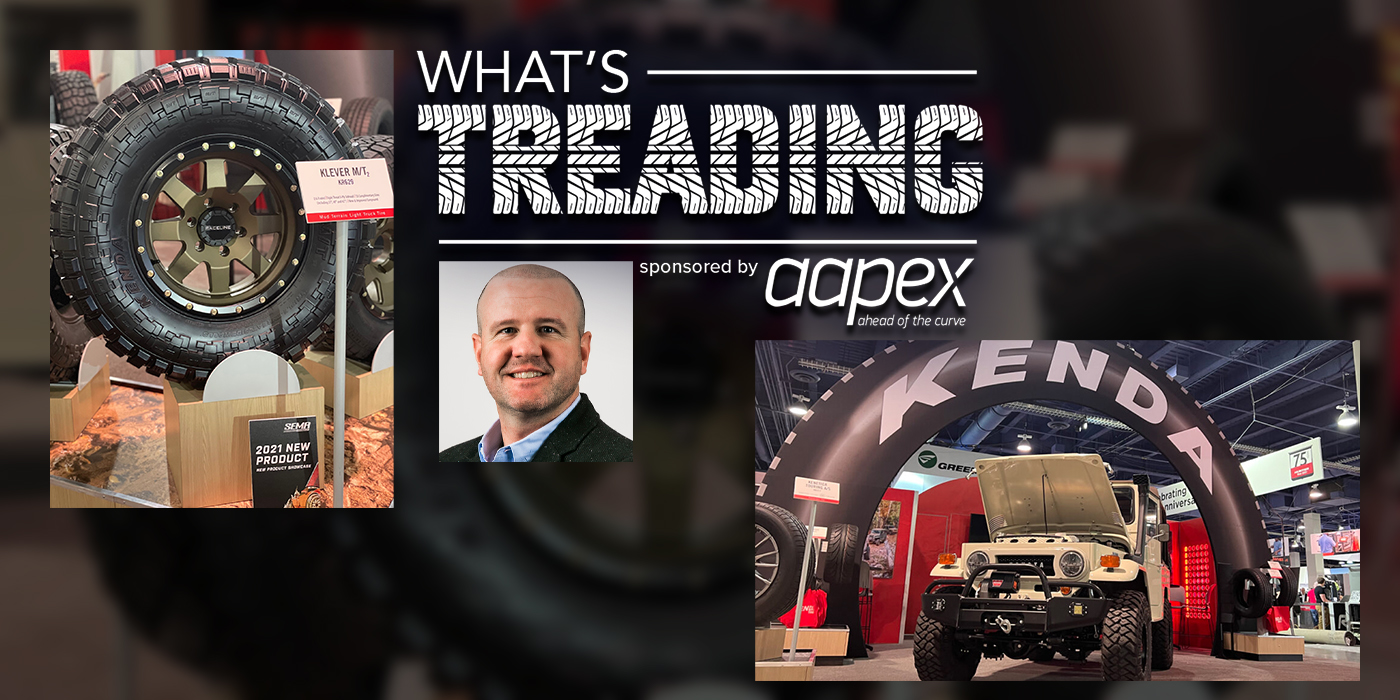