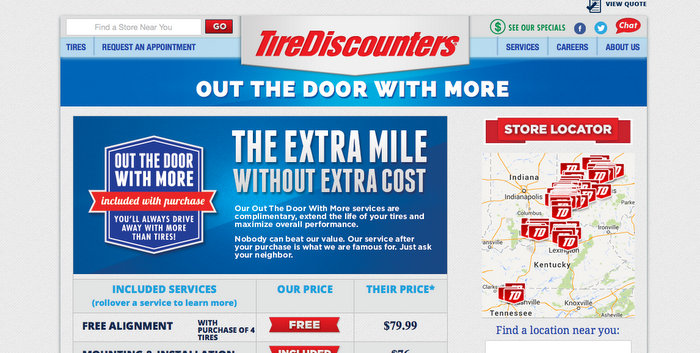 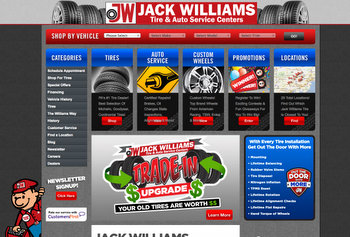 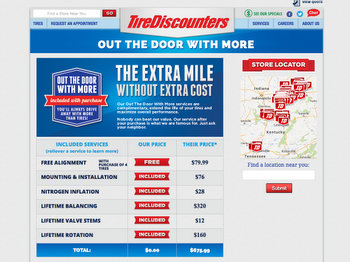 Tire Discounters, according to suit, has used the phrase “Out the Door With More” since October 2002, and registered it with the U.S. Patent and Trademark Office in November 2003. The story did not outline other places or media where that phrase was used, or note any alleged uses by Jack Williams Tire except on its website. It is not known if Tire Discounters had previously contacted Jack Williams Tire in a private effort to resolve the matter.

Jack Williams Tire, based in Moosic, Pa., and founded in 1929, is a tire wholesaler and retailer with more than 25 retail locations throughout Pennsylvania.