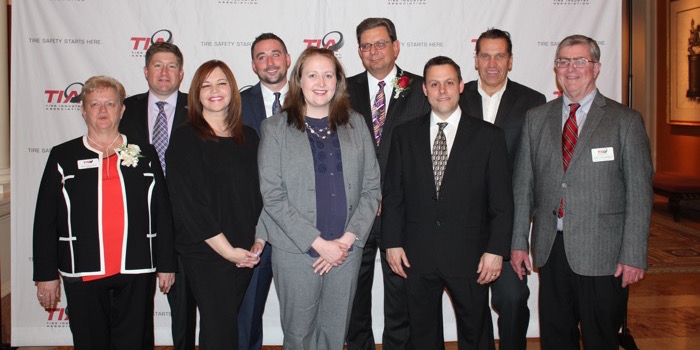 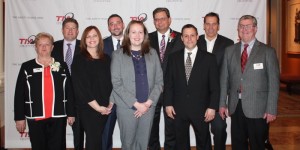 Last night was an evening of fun and festivities as industry veterans were inducted into the Tire Industry Hall of Fame during TIA’s annual pre-SEMA Show/Global Tire Expo event, Tire Industry Honors, held at Caesar’s Palace.

Both Coker and Purcell were on hand to accept their awards, while the late Cornell’s granddaughter, Cheryl Poulton, accepted his award.

Harold Coker started his career in the tire industry with B.F. Goodrich before founding Coker Tire Co. in 1958. He retired from active participation in the business in 2004, but still serves as chairman of the board emeritus for the company.

Coker also served as president of the National Tire Dealers and Retreaders Association in 1985. During his tenure, he spearheaded the effort to get the NTDRA into government affairs and lobbied for bills like voluntary tire registration. He was also instrumental in starting and raising money for the association’s PAC. Additionally, Coker was also chairman of the committee to establish Money Express, a credit card exclusively for tire dealers nationwide.

Charles Cornell noticed the need for better tire and tube repairs while working in the rubber industry. In 1939, he founded Technical Rubber Co. in Johnstown, Ohio. Cornell developed a self-vulcanizing process that repaired tire and tubes in hot or cold applications, revolutionizing the tire repair industry. The innovation led to a complete line of tire and tube repair products and set the stage for product breakthroughs at Tech International that included self-vulcanizing inserts, centering radial repairs and Uni-Seal repair units.

Now, 75 years after Cornell began creating tire repairs, Tech International has grown to become an international manufacturer and distributor of more than 10,000 tire repair, wheel service and industrial rubber products with 14 international offices and customers in 95 countries. Cornell passed away in 1952. 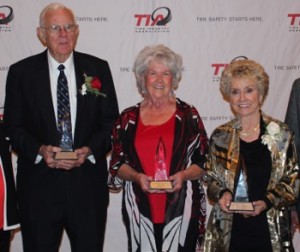 Juanita Purcell is the executive vice president of Purcell Tire, overseeing the company’s operations. Juanita joined the Purcell Tire when her father-in-law Robert M. Purcell invited her and her husband Bob to help run the company’s three stores in 1964. In 1970, after the death of Robert, Bob and Juanita took over the whole company, which consisted of a retread plant in DeSoto, Mo., and three stores.

Today, Purcell Tire consists of three corporate office locations, four retread plants, two wholesale centers, 21 commercial centers, 25 retail and nine mining locations. While Bob spent much of his time on the road, Juanita ran the operations of the company from the headquarters in Potosi, Mo.