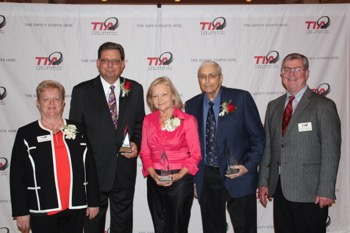 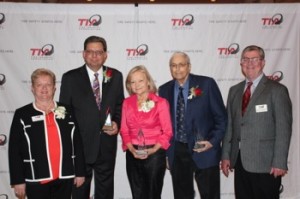 Jim Smith is the current editor of Tire Review. He has more than 30 years in the tire and automotive industries.

The Kent State University journalism major served as editor for a number of community newspapers in Northeast Ohio before joining Modern Tire Dealer as assistant editor in 1984. During his stint with MTD, Smith was promoted to senior editor and also served as editor of the Kovach Tire Report. Smith spent four years in brand and corporate public relations roles with Bridgestone Americas before joining Nashville’s Stumpf Bartels Advertising in 1992.

Since he became editor of Tire Review in October 1999, Jim has maintained a sharp focus on helping independent tire dealers grow and prosper. During his career, he has served on TIA committees, is currently a board member for the Center for Tire & Service Excellence, and has instituted a number of programs for Tire Review, including the Top Shop Awards, the Top Shop Total Business Group and more.

As a principal of Recycling Research Institute, an environmental and tire recycling consulting firm, Sikora develops and leads strategic partnerships with other industry organizations and firms to represent and promote tire recycling across all segments of the industry.

Tom Wright has spent more than 50 years in the tire industry. After graduating from Penn State University with a degree in business administration, he moved to Minnesota and began his career at Firestone. Wright moved up the corporate ladder to become store manager and then sales manager for about 400 stores.

Wright has 38 years of continued services as a board member for NTDRA, TANA and now TIA. As an executive officer of TANA, Wright was instrumental in the merger of TANA and ITRA to form TIA. In 1979, he served as president of the North Central Tire Dealers and Suppliers Association where he worked with the legislature to help get a scrap tire resolution and he still serves on their board today.

The Ed Wagner Leadership Award is named in honor of the late Ed Wagner who was a strong voice in the tire industry for the entirety of his career.