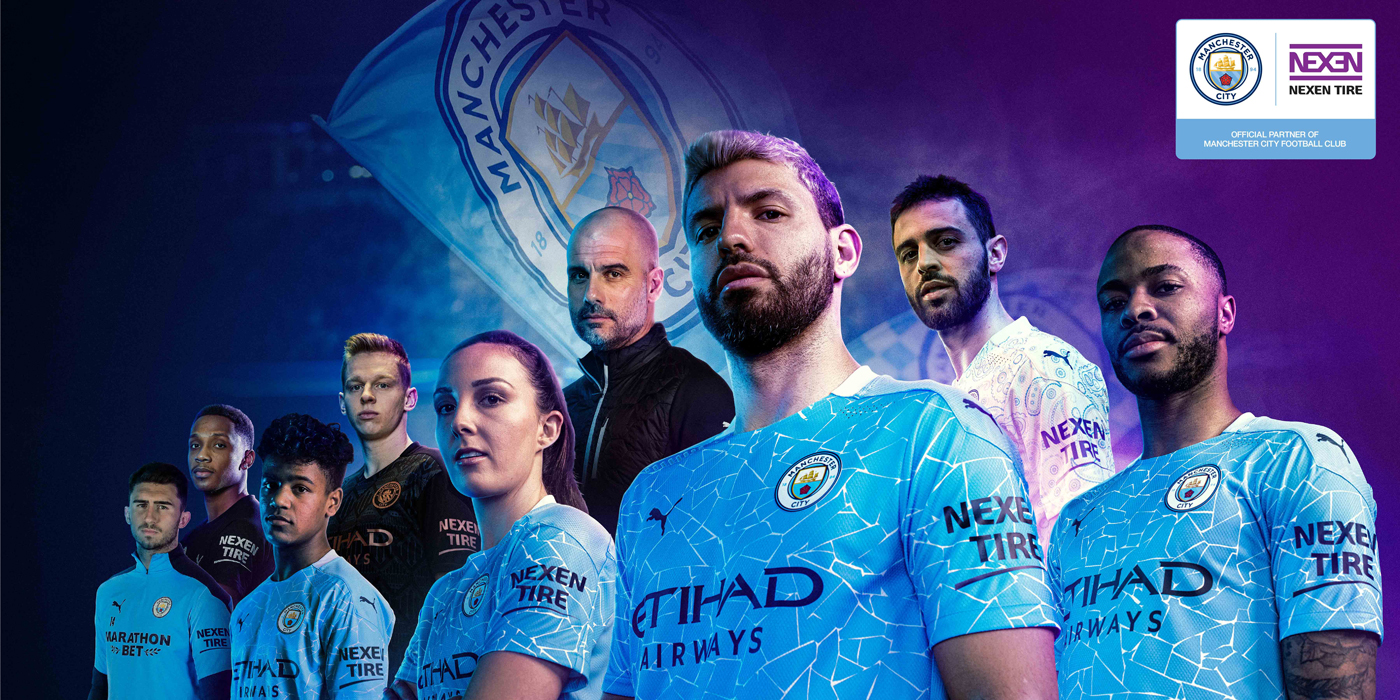 This latest multi-year partnership is expected to further boost co-branding opportunities, and media and marketing partnerships for both parties.

Nexen Tire has renewed its partnership with Manchester City Football Club – now in its third term.

This latest multi-year partnership is expected to further boost co-branding opportunities, and media and marketing partnerships for both parties. Nexen Tire has been supporting Manchester City since 2015 and became the first official sleeve partner in 2017. As part of the agreement, the Nexen Tire logo will continue to appear on the left sleeve of playing shirts and expand to all available City teams and competitions. This will include both men’s and women’s playing kit, men’s training kits, the Elite Development Squad (EDS) and eSports players.

By teaming up with Manchester City, Nexen Tire says it also has strived to make a meaningful impact on young people’s lives through youth football initiatives such as the City Football Foundation and the Nexen Man City Cup. The company will also roll out new program partnerships, including with the Dallas Cup and the College Ambassador Program for young football enthusiasts in the U.S.

Advertisement
In this article:marketing, Nexen Tire