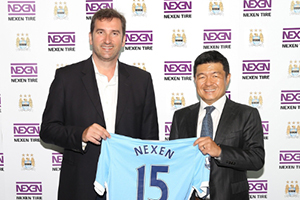 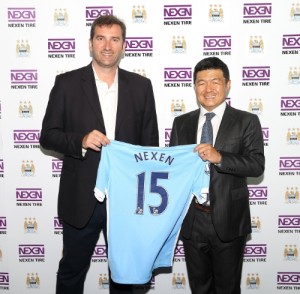 The partnership contributes to Nexen’s continued expansion into the European market. As part of the partnership, the Nexen logo will appear on digital boards when Manchester City plays at the Etihad Stadium and the tiremaker will create marketing plans with the players’ portrait rights and sponsorship management.

Nexen held a signing ceremony for the partnership on Aug. 6 at the City Football Academy in Manchester, England.

The tiremaker recently had plans approved to build a factory in the Czech Republic.

Advertisement
In this article:Nexen Tire, sponsorship