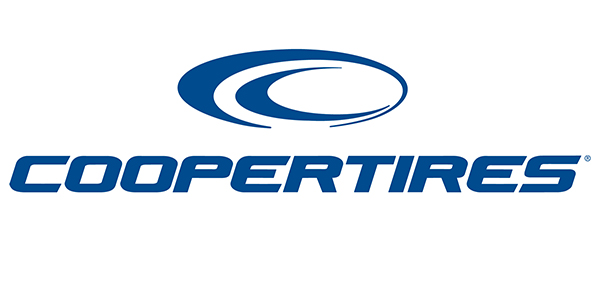 The Roy V. Armes Scholarship was established in 2016 to honor former Cooper Chairman, CEO and President Roy Armes upon his retirement. Armes served Cooper for nearly a decade, and this fund was created in recognition of his contributions and achievements. The scholarship is focused on high-achieving students who will attend a four-year institution of higher learning to pursue careers in business or engineering and goes to the child of a Cooper employee in the United States.

The recipient of the Roy V. Armes Scholarship is:

• Kaleb Manley – Kaleb is the 18-year-old son of Larry Manley, control room operator for Cooper’s Texarkana plant, and his wife, Alicia. He is a graduate of Arkansas High School in Texarkana, Arkansas and is pursuing a degree in mechanical engineering at the University of Arkansas. Kaleb was a four-year member of student council, serving as president his senior year, and a member of the National Honor Society, robotics club and tobacco prevention club. He was a letter-winner in soccer and played football. Outside of school, he has served as a volunteer for the Special Olympics, was a delegate to Arkansas Boys State, has been an active member of his church and held a job averaging more than 20 hours per week.

The Cooper Centennial Scholarship is in its fifth year and was originated to commemorate the company’s 100th anniversary in 2014. The scholarship is available to the children of Cooper employees in the U.S. who are outstanding high school seniors who will pursue degrees at a college, university or technical school.

Benjamin Howard – Benjamin is the 18-year-old son of Fleet Services Senior Specialist Marybeth Howard, who is based at Cooper’s Findlay headquarters, and her husband, Doug. He is a graduate of Findlay High School in Findlay, Ohio and intends to study biochemistry/pre-dentistry at The Ohio State University. An active student-athlete, Benjamin was a four-year member of the basketball and baseball teams and served as team captain of both. He also participated in soccer and was a member of the National Honor Society and student athletic leadership team. He has volunteered with the West Ohio Food Bank, American Cancer Society Relay for Life, Salvation Army Red Kettle Campaign, American Red Cross blood drives and multiple youth basketball and baseball camps.

• Madelin Kreinbrink – Madelin is the 18-year-old daughter of Rod Kreinbrink, manufacturing reliability director, who is based at Cooper’s Findlay headquarters, and his wife, Heather. She is a graduate of Findlay High School in Findlay, Ohio, where she ranked first in her class. She intends to study nursing at The Ohio State University. Active in music, Madelin was a four-year member of show choir, including three years as part of Findlay First Edition and one year as a member of Voices in Perfection. She was a member of teen leadership corps, the National Honor Society, Junior Statesmen of America and served as a delegate to Buckeye Girls State. Madelin was also active as a member of her church youth group and served as part of the youth board.

• Alyssa Smith – Alyssa is the 18-year-old daughter of Jeff Smith, tire inspector at Cooper’s Texarkana plant, and his wife, Arhonda. She is a graduate of Arkansas High School in Texarkana, Arkansas, where she earned the honor of valedictorian. She intends to pursue a degree in engineering at the University of Arkansas at Little Rock. Alyssa was a four-year member of Student Council and the softball team. She has participated in Fellowship of Christian Students, art club and interact service club. She also has been an active member of her church ministry team and volunteered for Special Olympics, Harvest Texarkana Food Bank, Susan G. Komen Race for the Cure and the Tim Tebow Foundation’s Night to Shine.

• Lillian Swails – Lillian is the 18-year-old daughter of David Swails, millwright at Cooper’s Findlay plant, and his wife, Lisa. She is a graduate of Arlington High School in Arlington, Ohio and intends to pursue a degree in environmental safety and occupational health at the University of Findlay. Lillian was a four-year member of the Arlington All-Brass Band, FFA and participated in numerous school plays and musicals. She was a member of both the National Honor Society and Science National Honor Society. Outside of school, she was a six-year member of 4-H and participated in Junior Fairboard and Hancock County Junior Leadership. Lillian has volunteered for several years with the Arlington Village Festival.

• Jacob Tackett – Jacob is the 18-year-old son of Chad and Tracy Tackett. Chad is the mold shop supervisor for Cooper’s Findlay plant and Tracy works as a graphic designer at Cooper’s Findlay headquarters. He is a graduate of Riverdale High School in Mt. Blanchard, Ohio, and intends to study engineering technology at Owens Community College. Jacob was a four-year member of his school’s industrial arts program and participated in baseball, basketball and golf, serving as captain of the golf team. He was an active member of Boy Scouts of America, holding many leadership positions and earning Eagle Scout rank. He was also active in his church youth group and operated a part-time firewood business.

Cooper’s scholarship program is administered by the Findlay-Hancock County Community Foundation, an independent philanthropic agency that manages nearly 400 funds, including 115 scholarships. To be considered for these awards, each student is required to submit an application and essay. An independent committee then selects the winners. This year, six students were selected from among 40 qualifying applicants nationwide.