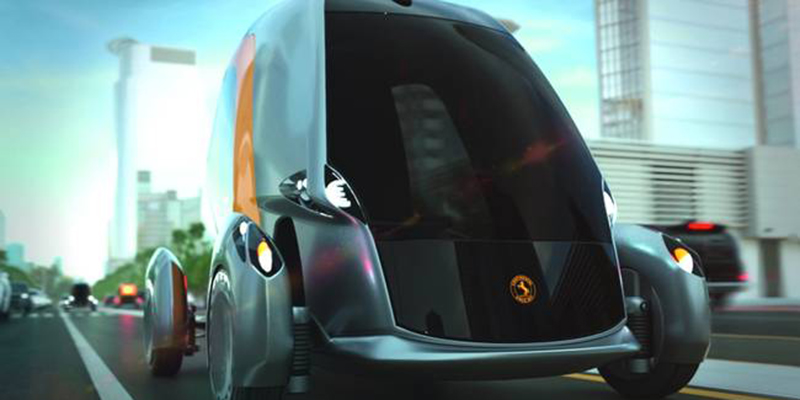 Continental AG has released information about a new mobility concept with technology already ready for production or in very advanced stages of development.

Continental AG has released information about a new mobility concept with technology already ready for production or in very advanced stages of development. The company unveiled the development in response to industry growth towards electric and autonomous transportation.

The BEE, which stands for Balanced Economy and Ecology mobility concept, is described as an “industrious worker bee for the urban mobility of tomorrow,” and is a two-seater electric self-driving vehicle that utilizes “flocking” or swarm behavior to transport people and goods in urban areas.

According to the company, BEE is designed as a vehicle for one or two people and is electrically powered. It currently reaches speeds of up to 60 km/h. It can easily cover a distance of more than 350 kilometers every day. The BEE would be able to be summoned from a smartphone and reach the requester in minutes.

The concept, which was launched at the Frankfurt IAA 2017 show, isn’t quite ready for primetime, though due to the lack of “intelligent urban infrastructure” to support them in cities. The idea is that thousands of BEE vehicles would form “a swarm” of self-driving electric vehicles “in different sizes and with different features” in order to become a type of “public transport that really is for everyone.” The BEE vehicles could also function as autonomous cargo carriers.

However, between wavering public attitudes about autonomous vehicles, and the need to fully develop and deploy the necessary ‘smart’ infrastructure to fully embrace the technology, it might be years before this concept comes to fruition, if ever.

“This type of future mobility is largely already within our reach: With BEE, we are showcasing a highly realistic mobility concept whose technologies are already ready for production or in very advanced stages of development,” said Kurt Lehmann, corporate technology officer at continental. “But at the same time, we will not be seeing BEE on our roads in this decade because laying the foundations for future mobility is fundamentally linked to the development of smart cities and nations. The appropriate infrastructure is needed, both digitally and in the design of traffic routes. It requires the right legal framework. In this respect, we all still have a lot to do – and we are looking forward to the challenge.”

Although the BEE is just a concept at this point, Continental does have working models of what it calls CUbE (Continental Urban mobility Experience), which is currently being trialed in the company’s Frankfurt campus, where it is being tested in “a city-like infrastructure with street signs, cross traffic, pedestrian crossings and curbs” that provides “an environment that is as realistic as possible.”