MSNBC.com – The United States and China are battling over trade tariffs on tires, but for most of us, safety is where the rubber meets the road.

Imports of Chinese tires have grown from 15 million tires in 2000 to 46 million last year, according to the United Steelworkers union, which has accused China of unfair trade practices. The union, which represents workers in the rubber industry, said Chinese tires imports have accelerated this year, with August imports up 57% over January levels based on the weight of tires unloaded on U.S. docks. 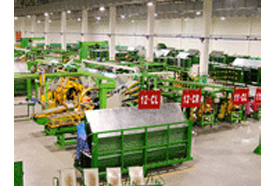 President Barack Obama this month backed the union’s position and ordered higher tariffs on Chinese tires in an effort to slow the flood of imports that unions blame for thousands of lost U.S. jobs lost. Obama met with China’s President Hu Jintao Tuesday to discuss trade, among other issues, as world leaders gathered at the United Nations for the General Assembly meeting.

For many drivers, the trade spat might raise the question of how safe are tires imported from China, given that country’s poor safety record on other products including toothpaste, pet food, toys and drywall.

The answer depends on whether you buy Chinese-made tires from name brands like Goodyear or Michelin, vs. Chinese-label tires or those made in China under contract for some private store labels, tests show.

Tire manufacturers, many of which have moved some production to China to save money, say that production techniques and materials are the same no matter where the tires are made, and that their Chinese tires are every bit as good as those made elsewhere in the world.

“The Chinese tires coming into this country for the most part have been safe tires,” said Roy Littlefield, executive vice president of the Tire Industry Association. “All the tires have to be tested before they come here,” he said, referring to U.S. government testing and standards.

Jim Smith, editor of Tire Review, a trade magazine, said he has seen this for himself.

“Michelin is very persnickety,” he said. “At the Chinese plant you couldn’t tell if you were in China or in South Carolina. The plant has the same controls, the same machines and the same uniforms on the workers.”

Nevertheless, there have been some safety blips in Chinese-made tires.
Last year the National Highway Traffic Safety Administration launched an investigation into defective tire valve stems produced by a subsidiary of Shanghai Baolong Automotive Corp. The company sold 300 million valve stems, which were susceptible to cracking, potentially causing the tire to deflate, a problem that led to one fatality, according to NHTSA.

Two fatalities were attributed to defective tires made by Hangzhou Zhongce Rubber Co. because of tread separation. The tire importer issued a recall for the 450,000 tires it had sold.

The average consumer thinks little more of tires other than that they are “round and black” said Matt Edmonds, vice president of marketing for mail order giant Tire Rack, so when shopping for tires, country of origin probably takes a back seat to other factors such as price, buyer loyalty and reputation.

But with tires, as with many other products, it’s buyer beware – you get what you pay for.

Consumer Reports magazine tested 23 affordable all-season replacement tires, seven of them made in China, reported Gene Petersen, tire program leader for the magazine. Of those seven, six finished in the top half of the field, he noted.
They included tires from brands such as Toyo, Cooper, Pirelli, and Kumho. “Because these tires are being built with the companies whose names are on the tires, the same specifications that would apply to a tire made in the U.S. would apply to a tire made in China,” said Petersen.

But that was seemingly not the case for the Chinese-branded Ling Long tires tested by Car and Driver magazine. The Ling Longs wore a tread pattern identical to that of a popular Yokohama tire, a visible semblance that could cause consumers to assume similarity of performance.

That assumption would be wrong. The magazine found the braking distances and cornering grip were much worse for the Ling Long tires than for any others in the test, requiring an extra 22 feet – one and a half car lengths – to stop from 50 mph than the best tires.

“Chinese-branded tires are a whole different world,” reported Car and Driver technical director Dave VanderWerp. “You absolutely get what you pay for, which, as we found in our test, is capability that is nothing short of scary. The Ling Longs in our test scored less than half the performance-based points than even the next-best, eighth-place tire. That’s how far they are off the pace.”

“Is a Ling Long tire as good as a Michelin?” asked Smith. “No. If you want a Michelin, buy a Michelin,” he said. “It depends on the consumer and what they are willing to pay.”

There is no way to predict whether Chinese-branded tires will prove to be safe for American drivers, but because they are built to pass U.S. government safety tests, they should be.

But in the question of safety and performance in real-world driving conditions, Chinese tires will have to prove their worth to convince consumers. “It is more than the tread pattern, it is the engineering that goes into the tire,” that determines its performance characteristics, said Edmonds, of Tire Rack. Unfortunately, because these tires target the price-sensitive low end of the market, customers might be more swayed by the price tag than by the potential for longer braking distances.

“I’d sure like it if the guy behind me can stop another 20 feet shorter in the rain,” said Edmonds.