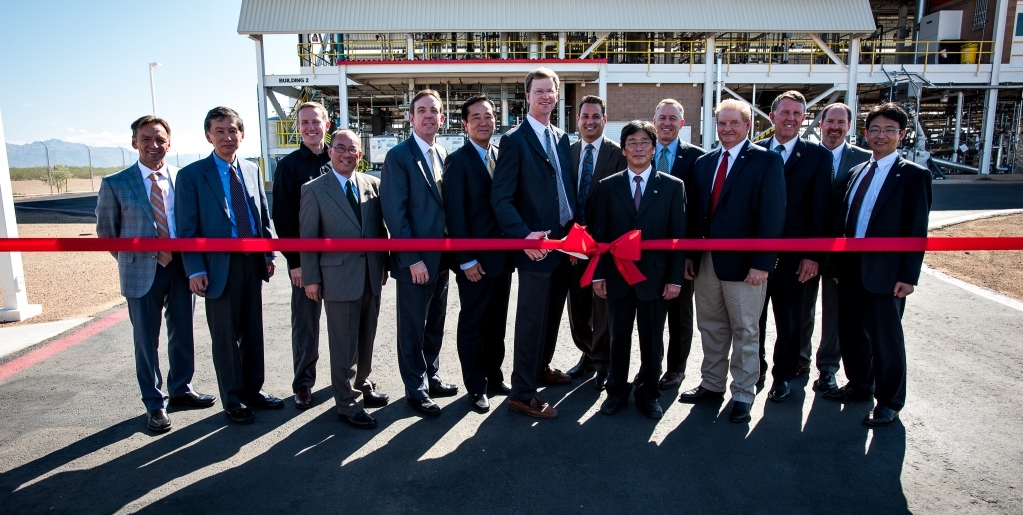 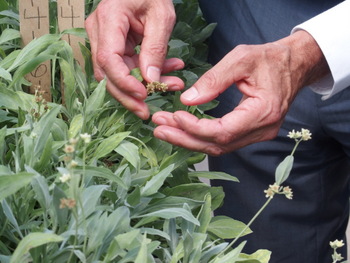 Bridgestone Americas cut the ribbon on its Biorubber Process Research Center in Mesa, Ariz., on Sept. 22. The 10-acre campus is the center of Bridgestone’s efforts to extract natural rubber from guayule, a shrub mainly native to Mexico and Texas.

“Guayule research is being done in response to emerging challenges in the industry,” said Bill Niaura, director of new business development, Bridgestone Americas. “As an industry, 97% of our rubber is sourced from the hevea tree in Southeast Asia.”

Bridgestone’s goal with this research facility is to learn more about the plant in order to utilize it as another source to diversify the company’s rubber sourcing. The plant has an added advantage in that guayule can be grown domestically in desert-like climates such as Arizona and Texas.

“This is just smart business practice to diversify our sourcing,” added Niaura.

At the ribbon cutting celebration, Bridgestone said it expects to have preliminary guayule rubber samples produced at the Biorubber Process Research Center within the month of October. 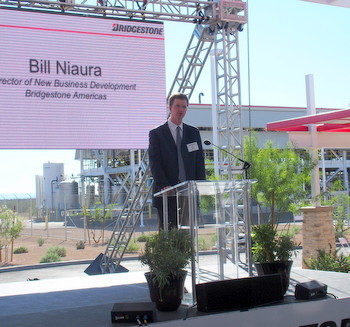 In addition to studying the rubber produced from guayule, researchers will also work on ways to utilize the entirety of the plant – as rubber only makes up about 5.5% of its body. In order to ramp up production at the research facility for commercialization, Bridgestone will research uses for the plant’s natural resin and the woody material (called bagasse) that makes up about 73% of the plant. Commercialization is a long-term goal, expected to happen “early 2020,” noted Niaura.

The research center will work in tandem with Bridgestone’s Agro Operations Research Farm in nearby Eloy, Ariz. Guayule is currently being grown and bred at the 280-acre Agro Operations site under the direction of Dr. David Dierig. Before joining Bridgestone, Dierig has spent more than 20 years at the U.S. Department of Agriculture, was the president of the Advancement of Industrial Crops and also served as chair for the Guayule and Natural Rubber Division Association for the Advancement of Industrial Crops.

Guayule rubber produced at the Biorubber Process Research Center will be sent to Bridgestone’s technical centers in Akron, Ohio and Tokyo, Japan.