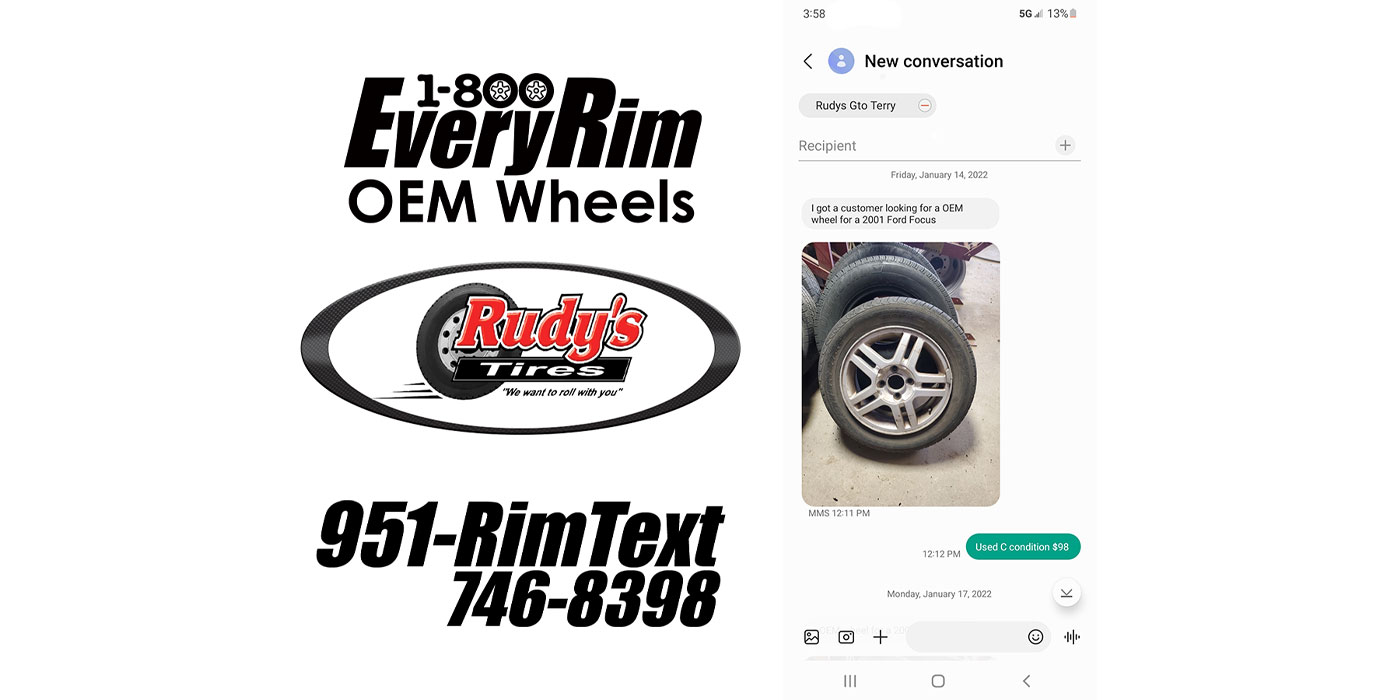 After receiving its half-millionth RimText message, 1-800EveryRim OEM Wheels says it recently revealed the winner of its contest. By being the 500,000th messager, Terry Rutenbeck of Rudy’s Tires of Wiggins, CO will receive a $1,000 cash prize and chose the American Cancer Society as the recipient of another $1,000 which 1-800EveryRim will donate in the company’s name.