Tire pressure monitoring systems play a vital role in maintaining proper vehicle tire pressure. Drivers of an estimated 50 million vehicles in the U.S. and Canada rely on these devices to track inflation pressure, ultimately leading to less flats, better gas mileage and longer tire life. Because the mandatory systems are so prevalent, it’s important for technicians to have the most up-to-date TPMS technology. Manufacturers 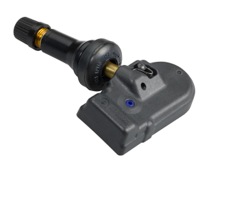 continue to release new TPMS tools that are accurate, quick and universal. Some of the latest can be found here:

Alligator
Alligator said it recently increased its TPMS coverage with the addition of Jaguar and Land Rover vehicles, as well as the addition of the 434MHz snap-in sensor to its product lineup. The 434MHz snap-in version completes the lineup, which now includes a clamp-in (metal stem) for both 315MHz and 434MHz, and a 315MHz snap-in sensor.  Coverage for BMW vehicles will come online later this month.
alligator-ventilfabrik.de 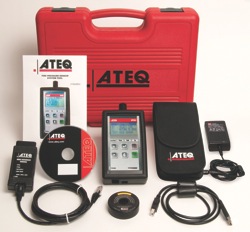 Ateq
According to Ateq, its VT55 OBD II kit is compatible with domestic, European and Asian vehicles. The complete kit consists of the VT55 TPM diagnostic trigger tool, lithium battery charger, magnet, PC software CD, USB cable, quick reference guide and OBD II programmer, which connects to the vehicle ECU via CANbus and K-line. To use, technicians only need to select the make of the vehicle and press the “start” button to accurately activate and decode TPMS sensors and display data and any faults, the maker said.
ateqtpm.com 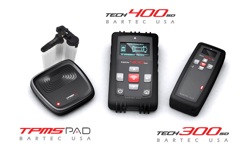 Bartec USA has announced the latest software updates for its range of TPMS tools. According to the company, it continually releases software updates for its complete range of TPMS tools in order to provide the best in tool coverage, function and features. Additionally, Bartec also has released a new “vehicle of the month video” on its website that walks watchers through the TPMS relearn for the 2012 Toyota Camry.
bartecusa.com 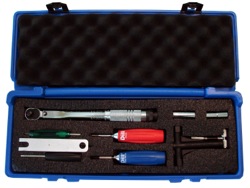 Dill
The Dill 8100 Tool Kit provides all the mechanical tools necessary to service TPMS sensors, according to the company. It is capable of replacing the sealing grommet and valve core and removing and installing new hex nuts to the correct torque. The kit includes T-10 and T-20 torque wrenches calibrated to the correct installation torque and built to last thousands of cycles, the maker added.
dillvalves.com 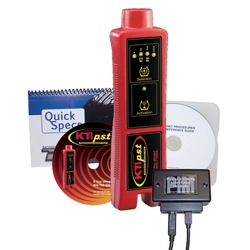 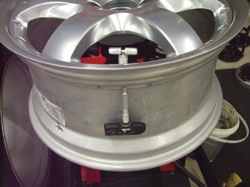 Ken-Tool said its TPMS Sentry is designed to keep the sensor in a safe and secure position after the mounting nut has been removed and the sensor is released from the wheel. According to the company, the TPMS Sentry has a “T” shape, which attaches to the sensors to keep them from dropping into the tire  cavity when mounting or demounting tires. Additionally, the product protects valve stem sensors that mount through the valve hole.
kentool.com 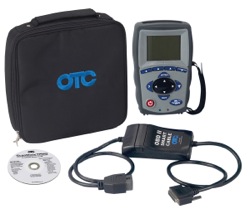 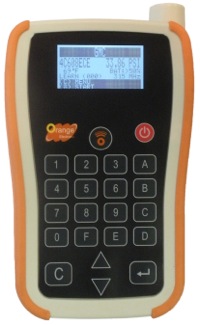 Oro-Tek
Oro-Tek has released two additional iOro TPMS sensors with multi vehicle protocol (MVP), which the company said empowers dealers to service 90% of all vehicles with only three SKUs (97% with additional sensors). 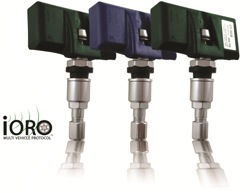 According to Oro-Tek, iOro 1 covers 70% of all vehicles rather than just Ford, Chevy and Chrysler; iORO 2 covers most 433 Mhz applications, including BMW; and iORO 3 covers most Asian imports. Features include a 35-degree adjustable stem, a two-piece design, and a black or polished alloy stem. The system installs and functions the same as OE sensors and works with common shop tools, the company added.
orotekusa.com

coverage with only three TPMS sensor part numbers, so shops can handle practically every domestic and import vehicle that comes in for TPMS service. The seamless, multi-application solution for TPMS service provides a broad range of coverage for cars, vans, SUVs, crossovers and light trucks from 2002-12, the maker said, adding the sensors can be used by themselves or in combination with OE sensors on a vehicle.
redi-sensor.com 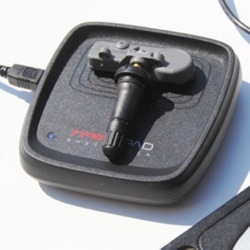 Schrader said it is now offering an additional programming option for its EZ-Sensor technology, the automotive industry’s first patented and programmable OEM replacement sensor. In addition to the hand-held programming tool line from Bartec, the Bartec TPMS Programming Accessory Device (PAD) is designed to make programming, replacing and relearning TPMS replacement sensors quick and efficient for the automotive aftermarket, according to Schrader. The TPMS PAD is now one of 12 different tool options that are capable of programming the Schrader EZ-Sensor.
schraderinternational.com

According to Snap-on, its Torque Tool with Pre-set TPMS Valve Core (part no. QDTPMS) unit is specifically designed to be used as a core remover and precise installer for TPMS tire valve cores to eliminate risk of damaging expensive TPMS sensors. The preset torque setting of 4 pounds prevents over- or under-torquing while also helping to prevent valve core leaks that lead to low tire pressure and TPMS alerts, the company added.
snapon.com 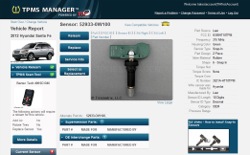 TPMS Manager provides tire shops with all of the information needed to profit and effectively service TPMS equipped vehicles right at the point of sale, according to Tiremetrix. The company added that it has the industry’s most extensive database of vehicle TPMS parts and service and relearn tools. TPMS Manager has full line coverage of all the leading TPMS manufacturers’ scan tools, TPMS sensors and service kits, the maker said, adding free trials are available through its website.
tpmsmanager.com

Advertisement
In this article:Buying Tips