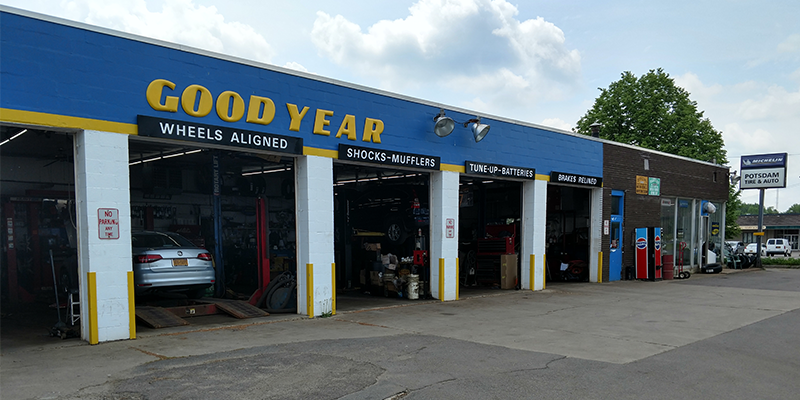 Fifty years ago, Frank Kearing got a chance to be the first owner of a Goodyear Tire & Rubber Co. franchised tire center. Now, that store is celebrating a huge milestone with Frank still a familiar face at the store.

Fifty years ago, Frank Kearing got a chance to be the first owner of a Goodyear Tire & Rubber Co. franchised tire center in the country.

While working as a store manager for a Goodyear company-owned store, he learned of an opportunity to own his own business and take advantage of Goodyear’s buying prices on major appliances such as bikes, lawnmowers and other household goods. At that time, the store sold appliances on credit, which was popular with customers since cars during that time didn’t require the amount of service they do today.

Fifty years later, that store – S&K Tire – is now called Potsdam Tire & Auto with the same location on Depot Street in Potsdam, New York.  And on its 50th anniversary in May, Frank, now 90, still gets up and heads to the tire shop in the morning.

“It’s nice,” he said of the shop’s 50th anniversary and his business’ success. “I’m not especially brilliant or clever… but you just gotta show up every day, try to hire people the public accepts as good neighbors and put our your assignments and without being too aggressive. Just follow the basics of good business and it works out. It did for us anyways.”

And Frank brought his whole family into the business with him. Frank’s son, Pete started working for his dad in high school and then went to work for Goodyear before buying his father out in the 60s.

Now, he and four of his five siblings are in the tire business. Pete owns or has a stake in 12 stores and three retread facilities across Connecticut, Massachusetts and New Hampshire.

Like his father, he sticks to the basics when it comes to customer service and finding success in the tire business.

“It’s just taking care of the customer,” he said about his successes in the industry. “It’s just treating them really good and treating it as a relationship, not a transaction. We’re going to do what’s right for them. We’re not in it for short-term gain or short-term profit. After 50 years, it’s been a  pretty good ride.”

For more on the company’s history, visit the North County Now. 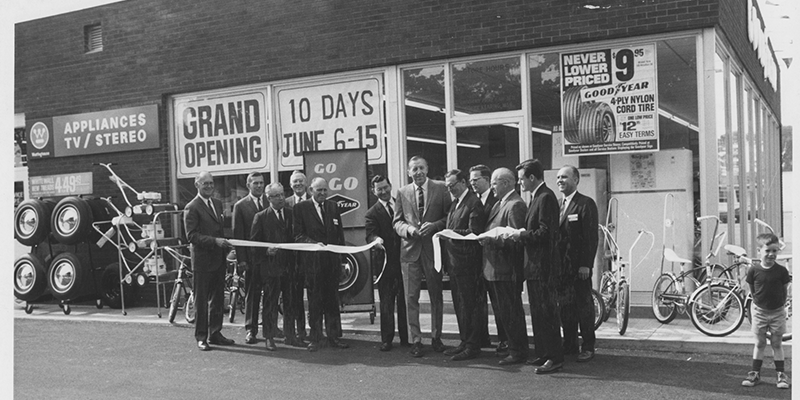 The grand opening of Potsdam Tire And Auto in the 60s.

Advertisement
In this article:Tire Dealer