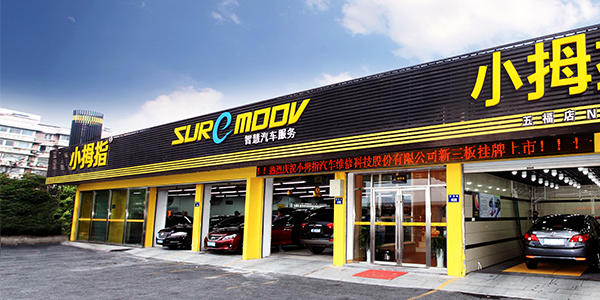 Point S, the global tire and auto care network, has entered into the Chinese market with a local partner: Suremoov, and the creation of a joint venture, Point S China.

Point S, the global tire and auto care network, has entered into the Chinese market with a local partner: Suremoov.

This partnership adds Suremoov’s 950 franchised outlets to the International Point S network, which consists of 4,350 outlets in 37 countries under one banner. As part of the deal, the two groups also announced the creation of a joint venture, Point S China, a company that will be dedicated to the development of the Point S brand in the Chinese market. In addition, it will add to the existing Suremoov network with a concept focused on quick repair service and tire sales and fittings.

“The creation of Point S China is the fruit of sustained exchanges and discussions which have allowed us to build up a strong personal and business relationship with our Chinese partner,” said Fabien Bouquet, international CEO for Point S. “We have undertaken a lot of research into the Chinese market over the past two years to make sure we understand the specifics of the market and develop a realistic development plan. The Chinese market is indeed the largest automotive market in the world but also the most complex from my point of view. This is principally because of its very rapid change added to the advanced digitalization of the end-customers journey and the ecological challenges of the car-park growth. This is currently hurting the sale of new vehicles but is, however, helping out the second-hand market with a consequent potential for growth in the automotive aftermarket. Our joint venture with Suremoov is motivated by convergent objectives between our two groups and also by a common strategic vision.”

The Suremoov brand has been in existence since 2004 and is a specialist in bodywork and car care and a point of reference in the Chinese franchise market, Point S says.

According to point S, the joint venture was formed due to:

Advertisement
In this article:China, Point S