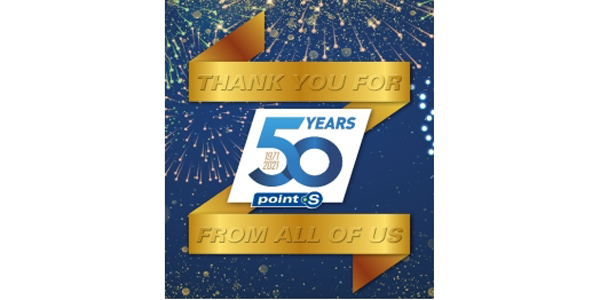 Point S can be found in 46 different countries, on four continents and with more than 5,600 points of sale.

Point S can be found in 46 different countries, on four continents and with more than 5,600 points of sale. With a presence in the U.S., South Africa and Europe, the company has also seen growth in Asia, notably in China, where the brand launched in 2019, the company says.

To celebrate this milestone, Point S says it is launching the fifth-annual International Challenge, an incentive that rewards loyalty to Point S’s supplier policy for passenger and heavy goods tires.

Point S also sent each of its members a book of vouchers valid for orders from its equipment and accessories partner suppliers, including tires, spare parts, lubricants and other vehicle equipment.

The company says it has launched promotional plans in each market where they are present on the theme of the brand’s 50 years. Point S is also running a European campaign linked to the forthcoming UEFA European Championship.

Advertisement
In this article:Point S, promotion