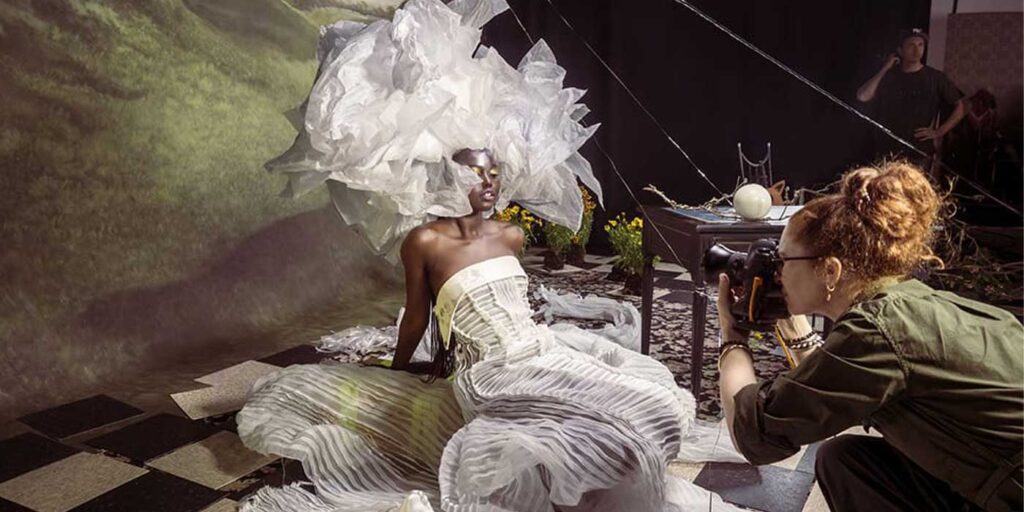 Pirelli is presenting Love Letters to the Muse, the company’s 2023 calendar created by Emma Summerton, at the Pirelli Hangar Bicocca contemporary art museum in Milan. The Australian photographer says she dedicated this 49th edition of the calendar to her muses – to all those women who have guided her in her search for inspiration and in her choices as an artist and as a person.

Emma Summerton is the fifth woman to put her name on the calendar since the first edition came out in 1964. Her predecessors were Sarah Moon in 1972, Joyce Tenenson in 1989, Inez Van Lamsveerde in 2007, and Annie Leibovitz in 2000 and 2016. This year Emma Summerton and director Carlo Alberto Orecchia saw to the direction of the video presenting the 2023 Calendar.

The 2023 Pirelli calendar brings together 28 shots of 14 models portrayed in the dreamy style, a feature of Emma Summerton’s work. Each one has close affinities with the Muse they have been called upon to represent on the sets, which were created in London and New York for the shoots that took place in June and July.

As well as being a supermodel, Guinevere Van Seenus is also a photographer; Lauren Wasser is a model but also an athlete; Ashley Graham, who is the Activist in the Calendar, is known for her support of body positivity; Precious Lee is the Storyteller, for she loves writing scripts and tales.

Leafing through the Calendar, we see, in order of appearance: