Peterbilt Motors Company has announced the production of the 1 millionth Peterbilt vehicle. The Model 567 Heritage rolled off the assembly line at the company’s Denton, Texas manufacturing facility.

Peterbilt Motors Company has announced the production of the 1 millionth Peterbilt vehicle. The Model 567 Heritage rolled off the assembly line at the company’s Denton, Texas manufacturing facility.

“The production of one million trucks is a proud moment, and the Model 567 Heritage embodies this historic occasion,” said Kyle Quinn, general manager, Peterbilt Motors Company. “The styling and durability of the Model 567 Heritage gives customers the industry’s most modern, technologically advanced and versatile truck. Inside and out, this truck commands attention.”

In celebration of the momentous 1,000,000th truck, Peterbilt recently conducted a search for its ultimate SuperFan within the United States and Canada. From the 1,200 entries submitted, Peterbilt will choose the SuperFan to be gifted the Model 567 Heritage during a ceremony at the upcoming Mid-America Trucking Show (MATS) as a way to thank our loyal enthusiasts, customers, drivers and dealers for their roles in Peterbilt’s success.

“One million trucks is a fantastic milestone and is a testament to the hard-working Peterbilt employees from 1939 to now,” said Leon Handt, assistant general manager of operations, Peterbilt Motors Company. “We wouldn’t have been able to grow our brand without them.” 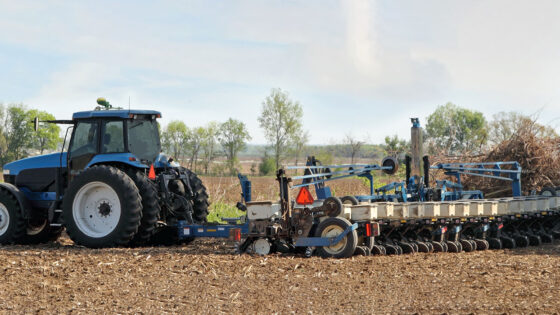 BKT, CEAT and Titan Exhibit at the Farm Progress Show 2022