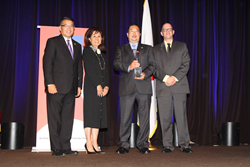 “It is an honor to have been recognized not just for the work that we have done to grow a Japanese business in America,” said Tomo Mizutani, “but also for the outreach that we have done with the Japanese-American community.”

Goodyear-Cooper Deal: Benefits, Challenges & What’s Ahead
Connect with us