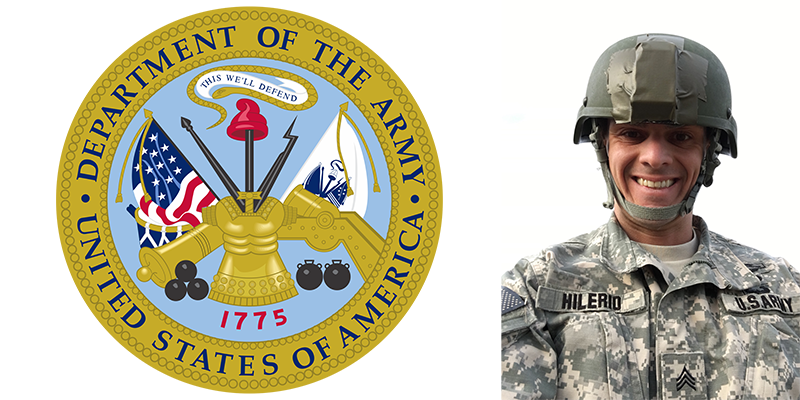 The same skill sets needed for the tire industry and for the military are what interested Matt Hilerio most about his career path.

The same skill sets needed for the tire industry and for the military are what interested Matt Hilerio most about his career path.

“Personally I was drawn to the tire industry because I was be able to still utilize the skills I learned in the military, such as leadership, project management, time management, and adaptability – which are universal skills that serve employers well,” he says.

Hilerio is a commodity manager, indirect procurement for Bridgestone Americas. He joined the company in 2015.  In this role, he is responsible for negotiating and managing contracts for professional services across various functional areas within Bridgestone, he says.

Hilerio has served in the military at two different points in time. He began his career in the Army as an active duty infantryman in 75th Ranger Regiment and then later the 101st Airborne Division at Fort Campbell in Kentucky.  He currently serves in the Army National Guard as a Spanish linguist in the 20th Special Forces Group, based in Louisville, Ky.

In 2002, Hilerio was one of the first light infantry units to serve in Afghanistan, and then in Iraq in 2003. He served in several combat missions in both Operation Enduring Freedom and Operation Iraqi Freedom, earning campaign medals.

“One of the most interesting parts of the military is the sense of adventure you get from the entire experience. Outside of learning Spanish, I have traveled all over the world and have been exposed to various cultures and different ways of thinking. I am Airborne and Air Assault qualified, and have jumped and repelled out of several different types of fixed and rotary wing aircrafts. Annually, my unit partners, with other units and local law enforcement, like to facilitate a water-jump training exercise,” he says.

Hilerio plans to retire from serving in 2018 after nearly 10 years of service.

“I am proud of my time served and I am sincerely grateful for the opportunity to have served with some of the greatest men and women that our military has to offer,” he says.