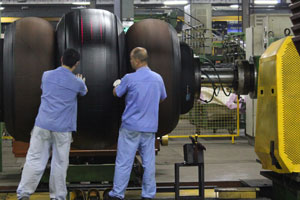 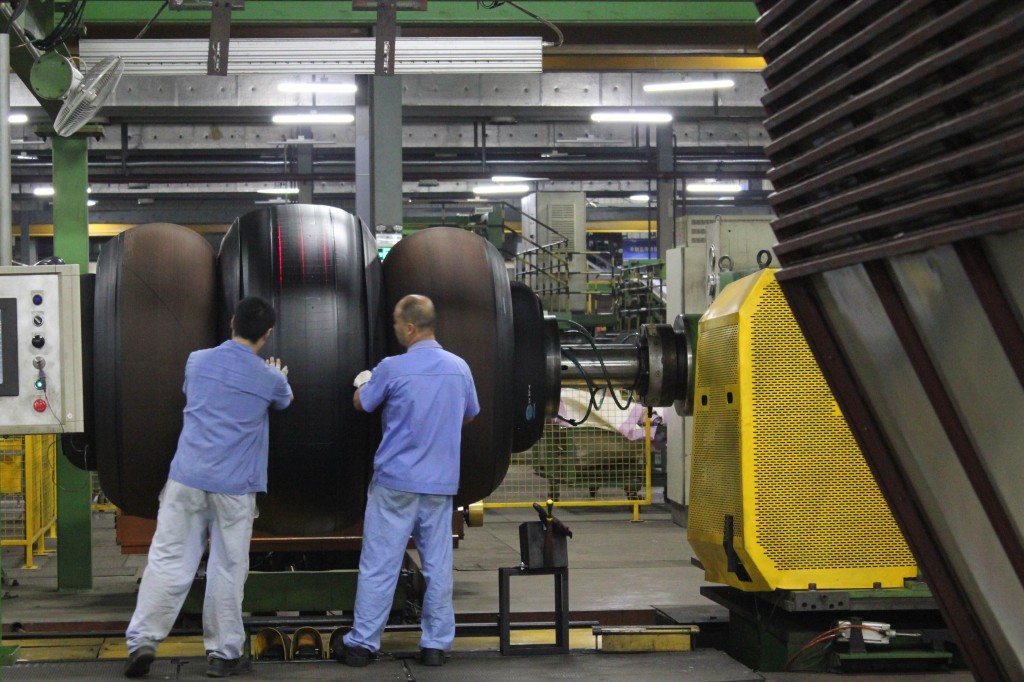 The hustle and bustle of 23 million people in the streets of Shanghai is echoed in Double Coin Holding’s factories in and north of the city. From one end of the factories to the other – the mixers, calendars and extruders to tire fabrication and curing – the buzz of activity is everywhere.

In addition to plant tours, trade media had the chance to sit down with Liu Xunfeng, chairman of Huayi Shanghai (Group) Co., which owns 66% of Double Coin, to discuss the China-based tiremaker’s accomplishments, headaches and future plans.

The company operates five plants throughout China, and is one of the first Chinese tiremakers to establish a nationwide consistent layout of plants, Lui shared.

This restructuring allows the tiremaker to service the whole of China more easily, as well as other Asian and Middle Eastern countries. And having plant locations throughout China also offers Double Coin a technical advantage, Lui said.

“China is a big territory. We have different conditions in different areas,” he said. “We can gather a lot of information that helps our technical team understand the market and understand how to improve the design of our tires for special requirements. This helps the North American market too, since tires are developed to that meet different market and territory needs.” 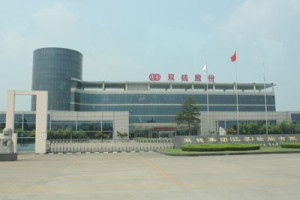 Double Coin’s plant in Rugao is one of five plants the tiremaker operates in China.

The expansion will include the construction of a new building directly behind its current Rugao facility. In addition to added mixing capacity, the expansion plans include installing fully automated tire-building equipment and hiring an additional 700 workers.

Meanwhile at Double Coin’s Shanghai plant, the company plans on shifting its TBR and small OTR capacity to other locations while focusing mainly on Double Coin’s giant OTR tires and technological development at the compound, it said. No timeline for this change was given.

Double Coin is exploring the possibility of opening its first plant outside of China. Liu said the company is conducting feasibility studies aimed at possibly opening plants outside of the country, and Liu first mentioned Thailand as a possible site. When asked, he did not rule out the U.S. as an option.

“A couple of Chinese manufacturers have already set up factories in Thailand,” he said. “We also have very good cooperation on (natural) rubber with companies in Thailand. So Thailand may be another option, but we’re also considering the option of the U.S.”

Liu noted that a plant outside China is not guaranteed, and that the company is only thinking about it. And if Double Coin were to consider a location in the U.S., he said, it would need to do further studying on regulations, unions and more.

“For a Chinese company to sell products in the U.S. is one thing. To set up a plant in America is another thing,” Liu said.

The U.S. is Double Coin’s largest export market. The tiremaker sells medium truck radials in the U.S. via China Manufacturer’s Alliance, of which it owns majority share.

CMA officials said the company will continue to sell OTR tires until its present warehouse stock is depleted. 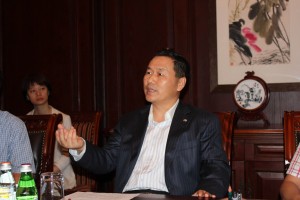 Lui noted that there is worry that additional import duties may be imposed on Chinese-produced medium truck tires sold in the U.S., similar to what happened with consumer tires earlier this year. “If this happens to truck tires it would be a catastrophe for us,” he said.

In addition to medium truck and OTR tires, Double Coin also produces passenger tires domestically. CMA had planned to bring the manufacturer’s Warrior brand passenger and light truck/SUV tires to America, but the Department of Commerce’s high anti-dumping and countervailing duties made it impossible to continue.

Liu did not divulge what type of tires Double Coin may produce if it set up a plant outside China.

“Of course we want to have cooperation with American tire companies. If there are any opportunities, we’re open,” he said.

Liu said Double Coin would consider shifting some of its production to a U.S. factory and adding capacity for its partner at one of its five Chinese factories as part of any venture.

However, Liu said any venture must be a win-win; not only must both tire companies benefit but the customer, as well.