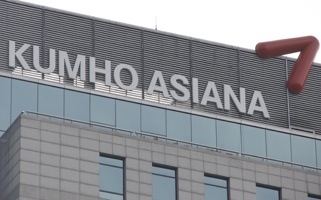 “Hoban was the only entity that submitted a bid for Kumho Industrial,” a Korea Development Bank (KDB) spokesman said. “We will announce later whether creditors select Hoban as a preferred bidder or not, and how the sales will proceed from here.”

Under a previous deal, investors promised Kumho Asiana Group Chairman Park Sam-koo first option to purchase the shares at the highest bidding price. If he refuses, the banks can then sell their shares to the highest bidder. Park Sam-koo and son Se-chang have a combined 9.14% stake in Kumho Industrial.

Hoban Construction currently owns 4.95% of Kumho Industrial. The company’s chairman Kim Sang-yoel has reportedly said on several occasions that he has enough cash to acquire Kumho Industrial and that he’s willing to pay as much as 1 trillion won.