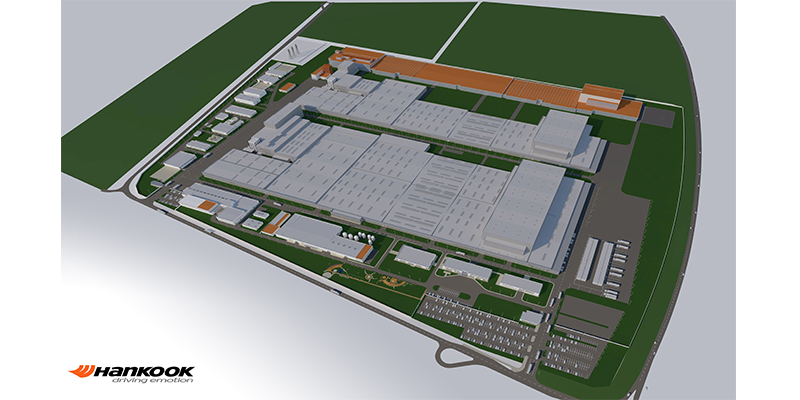 Hankook Tire is investing around $360 million in its Hungarian plant’s expansion, keeping up with demand for truck and bus tires globally.

Hankook Tire Corp. is building upon its long-term strategy for the global and European market with the expansion of its plant in Hungary.

Now in its fourth phase of expansion, the plant will get an additional investment of 290 million euros ($360 million) create about 150 new jobs with its addition. It is also slated to increase production capacity to over 550,000 medium and heavy truck and bus tires annually.

“As a strategic partner to many leading vehicle makers, Hankook Tire has become well-known worldwide for its cutting-edge technology and premium quality tires in the car and SUV segment, and for some years in the medium and large size truck and bus segment, too,” said Hyun Bum Cho, president and CEO of Hankook Tire. “We have noticed a sharp increase in demand for our truck and bus tires globally so we will continuously satisfy our customers’ needs with the help of our new Hungarian truck and bus tire unit.”

By investing in its Rácalmás, Hungary factory, Hankook will become one of the largest employers and most significant economic players in Hungary, according to a company press release. Since its opening in July 2006, the factory has been expanded and updated over the years. It offers almost 900 size and model variations for passenger cars, SUVs, vans and light trucks. Since the initial phase, the capacity has already increased 3.5 times.

During the past 10 years, Hankook Tire has also worked to strengthen its position in the medium and large size truck and bus tire segment. In 2014, Mercedes-Benz and MAN selected Hankook as its OE supplier followed by MAN in 2015 and Scania in 2016. Since 2013, the company has also been providing tires to Schmitz Cargobull, the largest trailer manufacturer in Europe. After seeing a stable increase in demand over the years, Hankook established a Europe-based truck and bus tire production facility at the company’s Hungarian plant. The construction is set to begin in June 2018, and the new unit is expected to start its production around June 2020.