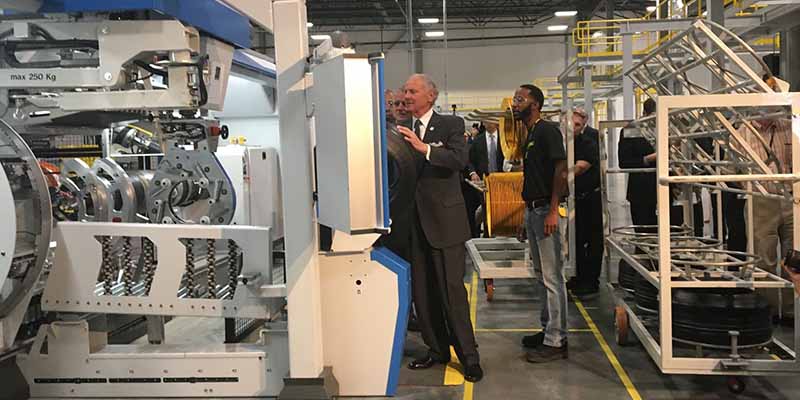 Located in the heart of rural Chester County, S.C., Giti Tire Group opened the doors of its new greenfield manufacturing facility for a preview event and soft opening Oct. 4. For the global tiremaker headquartered in Singapore, the $560 million investment in its first U.S production facility is intended to advance the company’s commitment to the North American marketplace.

Giti Tire Group opened the doors of its new greenfield manufacturing facility located in the heart of rural Chester County, S.C., for a preview event and soft opening Oct. 4. For the global tiremaker headquartered in Singapore, the $560 million investment in its first U.S production facility is intended to advance the company’s commitment to the North American marketplace.

This being a preview event, Giti Tire officials said the grand opening event for the facility will take place in 2018. Tire dealers and OEM customers, as well as local community leaders, will be invited to the official plant dedication at that time.

“Our investment in this facility and its workforce demonstrates our firm commitment to North American customers,” said Dr. Enki Tan, CEO of Giti Tire. He went on to say that the area’s “extensive infrastructure network, proximity to a major metropolitan area and commitment to a highly skilled workforce” made it an attractive location for the company. 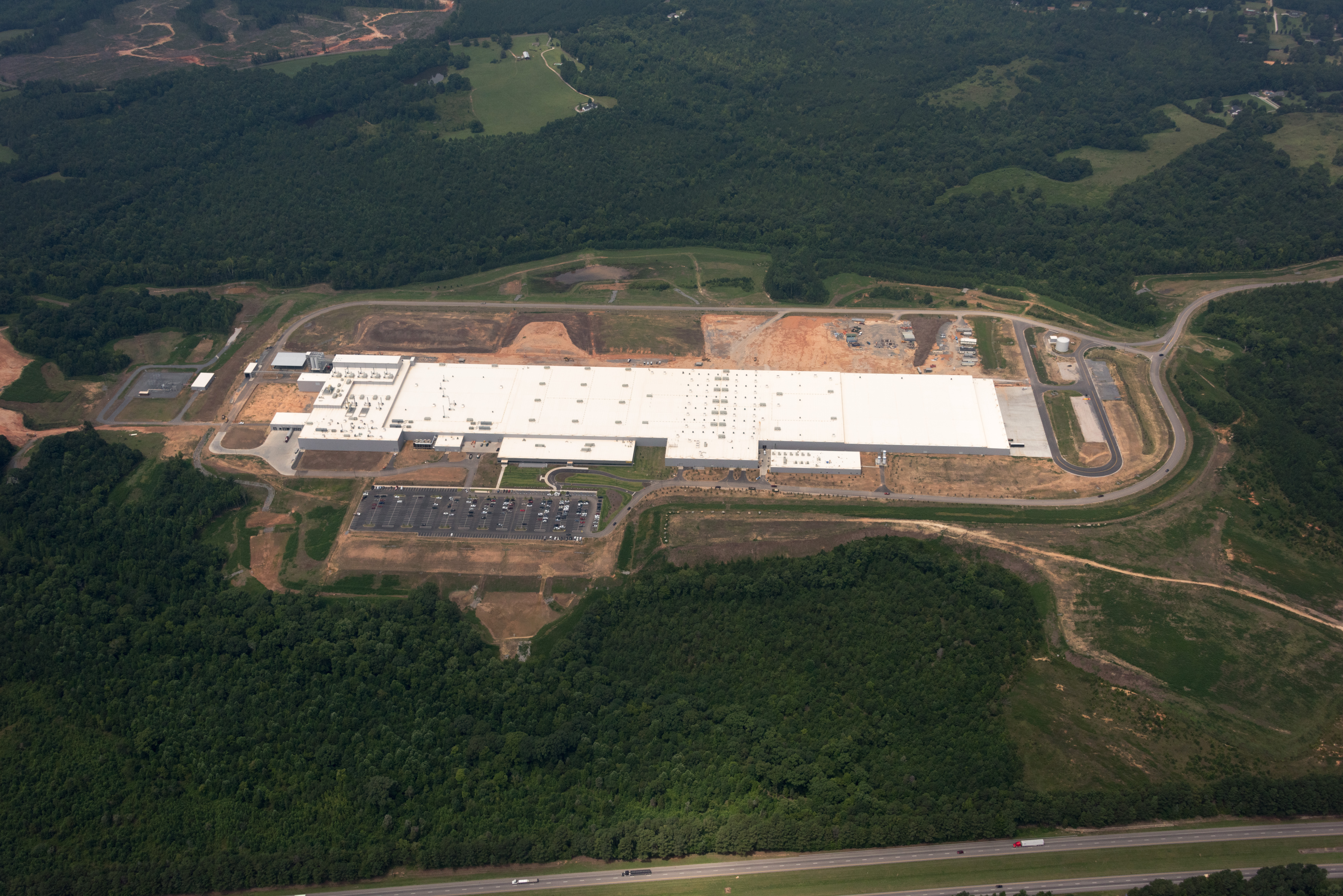 The facility, located off I-77 near Rock Hill, currently employs 200 people and is on track to grow their team to 400 by the end of this year with plans to be staffed at 1,000 employees by the end of 2018. The company anticipates growing to 1,700 employees in the next 10 years. Existing Giti Tire research and development, now located in the Akron, Ohio, area is in the process of moving to the new South Carolina location to be closer to production and to take advantage of new physical testing facilities built on the grounds of the plant.

The 1.7 million square-foot facility boasts the latest manufacturing technology and state-of-the-art design with plans to be fully automated by June 2018. Even during its current initial ramp-up phase, the new Giti plant is on track to produce several hundred thousand tires in 2017 with the ability to produce roughly 5 million passenger tires by the end of 2018. The facility is designed with future growth in mind, with the potential to double that capacity number if needed.

Initial production in 2017 and into 2018 will supply Walmart stores throughout the United States with U.S.-made Dextero DHT2 and Dextero Touring DTR1 all-season radials, supporting the retailer’s American Jobs Initiative.

The plant will also help the company meet OE demand after earning the fitment for the new 2019 Volkswagen Passat for the North American market, with additional North America OE agreements soon to be announced, said John Aben, senior vice president of OE and consumer sales for the company.

As the facility continues to ramp up into early 2018, additional products and SKUs will be brought online, including Giti Tire’s GT Radial and the global Giti brand product line which will be introduced to North America in mid 2018.

Hank Eisenga, vice president of manufacturing for Giti Tire Manufacturing (USA), said the product quality at the new plant and speed to market to serve their North American customers will give the company an advantage, especially as they bring more products online.

“Our ramp up is going to be pretty aggressive,” said Eisenga. “Right now we’re in a position where we’re beginning to ramp up but we’re not anywhere near the production levels where we’ll be a year from now.”

He added that adding a second phase of production capacity at the plant would be based on demand. “We follow the market. There’s plenty of room to expand, once the market allows.”

Company leadership shared that plans are underway to better serve its dealer base and consumers, including new dealer support programs and awareness marketing to drive more business including a new digital strategy.

Julianto Djajadi, executive vice president of business operations for North America, added, “I think Giti today is at the beginning of [a new era], a new Giti. This shows our commitment to the market, to let our customers know we’re here.”

South Carolina Gov. Henry McMaster and Walmart President and CEO Greg Foran were on hand for the event and presentation. In their remarks, both reflected on the success of the plant and its ability to create new jobs in the community and the region.

The company said they plan to continue and expand their STEM-focused Math & Science Award program in the local school district. They’ve also been working closely with York Technical College in Rock Hill to source and train skilled workers for the facility.