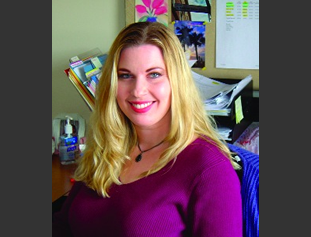 She joined the magazine in December 2003 after serving as an editor with October Research Group. During her nearly four-year career with Babcox Media, she also served as managing editor of Fleet Equipment magazine, and was instrumental in both publications’ digital efforts.

She graduated from Cleveland’s Baldwin-Wallace College in 1997 with a degree in English, serving as a chief editor of the college’s literary magazine, and helping research and publish a book on literary theory.

“Mary was an extremely talented, focused individual and a tremendous contributor to our company,” said Bill Babcox, president and CEO of Babcox Media. “Most of all, she will be remembered for her warm, engaging personality and the connection she made with so many people. Mary will be deeply missed.”

Services will be held tonight and tomorrow at Vodrazka Funeral Home, 6505 Brecksville Rd. in Independence, Ohio.