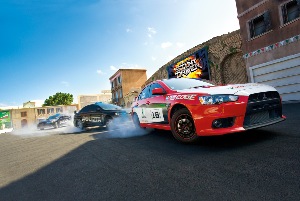 Taiwan’s Federal Tire has signed on as a sponsor of the Hollywood Stunt Driver show at Warner Bros. Movie World in Australia.

The stunt show’s vehicles will now use Federal’s SS657 high performance tires as part of the one-year sponsorship deal.

AAPEX 2020 Will be Held Virtually
Connect with us