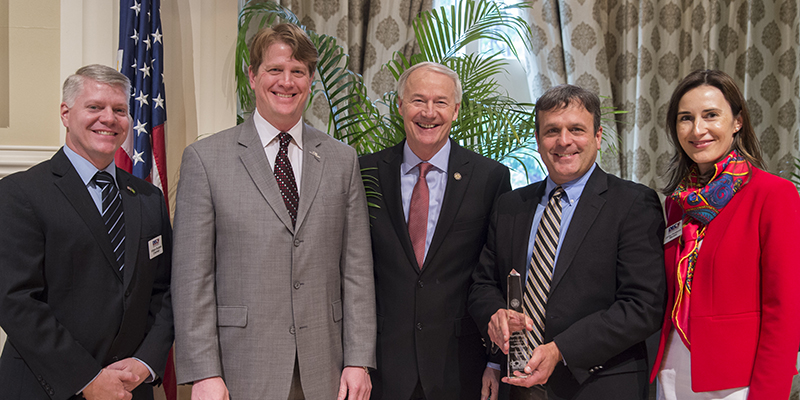 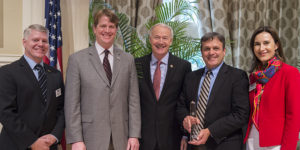 Cooper Tire & Rubber Co.’s operations in Texarkana, Ark., received the state’s Governor’s Award in the large manufacturing exporter category at the 8th annual Governor’s Awards for Excellence in Global Trade. The award was one of five presented to winning companies from the state on May 24 at an event hosted at the Governor’s mansion in Little Rock.

Arkansas Governor Asa Hutchinson presented this year’s awards and Cooper was cited specifically for working aggressively to maintain quality and the international demand for its products. The company has a strong international presence across the globe with the Texarkana operations helping to support product sales in the United Kingdom, Mexico, Canada, Australia, China and other nations. Established in 1964, the Texarkana tire plant produces light vehicle tires and employs approximately 2,000 workers.

“We are honored to receive this recognition,” said Scott Cole, Cooper Texarkana plant manager. “We have an outstanding team in Texarkana, which has my personal thanks for helping to make our operations worthy of this distinction. Nothing happens without great people, and Cooper Texarkana, as well as the entire state of Arkansas, is fortunate to have many. It is exciting that the high quality, great- performing tires we make and distribute out of Texarkana are sold and end up on vehicles around the globe. We are pleased to be an important part of our state’s economy and the global tire industry.”

Advertisement
In this article:Cooper Tire, Manufacturing