Cooper Tire & Rubber Co. is currently in the midst of the company’s 100-year anniversary. Cooper’s business is moving forward strategically, marking the anniversary with the introduction of a new product. 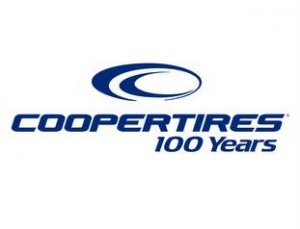 In April, Cooper began shipments of its premium touring tire, CS5, which will replace the CS4. Yes, the company will replace its best-selling tire.

Cooper’s Director of Product Management Scott Jamieson admits that introducing a new product to completely replace the CS4 has been met with a certain kind of confusion and doubt amongst dealers.

“A tire that sells that well, when you take it away from dealers they say don’t ruin a good thing,” said Jamieson.

Nonetheless, Cooper is confident in its decision to phase out the CS4 in favor of its new model, the company said.

The CS5 went through two years of research, development and testing.

“The CS5’s concept was developed three years ago when Cooper did its lifecycle planning. Testing began two years ago,” said Jamieson. “We knew that the CS4, as good of a tire the CS4 is, would be in need of a replacement.”

The Difference
Cooper’s heavy investment into researching new tread compounds has contributed to one major distinction between the CS4 and the CS5. With four times the amount of silica in the tread compound, the CS5 is able to boast improved wet traction over its predecessor, the tiremaker said.

“Four times the amount of silica goes into the CS5 compared to the CS4,” said Lee Kanny, materials development engineer at Cooper. “That has expanded the tire’s performance and enabled us to achieve more wet traction. The CS5 also incorporates a set of polymers that allows the tire to achieve performance but balance the experience.”

This compound mixture will also make its way to new products in the Cooper line.

“The next new product Cooper will introduce will be a SUV crossover tire that will replace our current Discoverer CTS,” announced Jamieson. “Crossovers go back and forth to soccer, parks and vacations in the rain. That’s where this technology is needed.”

Advancement in compounding isn’t the only differentiating factor for the CS5. The CS5 has gleaned the same 3D micro-gauge siping technology that was first introduced on Cooper’s UHP Zeon RS3-A, which improves the tire’s worn appearance, the company said.

Jamieson notes that this is a clear indicator of Cooper’s commitment to excellence in the mid-tier category of tiremakers.

“Michelin has a strong promise,” said Jamieson, referring to Michelin’s newest claim with its Premier All-Season with EverGrip. The tiremaker made the claim in January, saying that “[Michelin’s] worn tire is better than [competitor’s] brand new tire.”

“We owe that same promise to our customer. The tire’s 3D micro-gauge siping fulfills that promise,” he said.

Cooper’s stabiledge system is also present within the tire’s treads. The system works to reduce compression in grooves, providing more stability and a reduction in rolling resistance, said Sanborn.

In order to educate the customer about tread depth, the CS5 has a square tire depth indicator that can be found on the tread. Brand new, the indicator appears as a full square. By the time the tire should be replaced, the square will have all but disappeared leaving an exclamation point. This, Sanborn notes, not only helps a service professional, but also allows the customers to see a visible sign that will help them approximate the remaining life of the tire.

“The WearSquare builds a relationship with a service advisor because drivers don’t necessarily recognize irregular wear when the car is sitting in the driveway,” said Jamieson. “They bring the car into the driveway, park it and take the keys out. He or she doesn’t really care about the tires. We want to help facilitate that conversation about irregular wear.”

The Testing Grounds
Cooper hosted its top 25 CS4 customers and media at its 1,000 acre testing facility in Pearsall, Texas, just outside San Antonio, Texas, to experience the CS5 in comparison to its competitors. 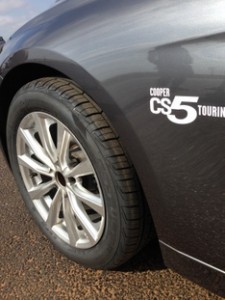 Cooper had dealers and media test the CS5 Ultra against Pirelli’s Cinturato P7 and the CS5 Grand against Hankook’s Optimo H727 on both wet and dry obstacle courses to demonstrate the tire’s wet and dry handling capabilities.

A special testing day was made available for members of female-focused media. They, however, “mom-tested” the tires.

“Mom-testing” the CS5 meant showing off its safety features, like the WearSquare, and its capabilities in rain and wet conditions. To show off the tire’s responsiveness, members of Cooper’s team distracted female media members who were driving by pretending to be a noisy child in the back seat.

“Female consumers are so important,” said Jamieson. “There is so much in the messaging of the CS5 that it will speak well to the female consumer.”

Cooper Tire strongly believes that the CS5 reflects its company’s tagline: “Performance for the Everyday Driving.” That’s why when the company branded the CS5, it chose to not include colors like black and grey, or images of smoke and feelings of adrenaline. Cooper feels that when the customer looks at that tire, they want to relate it to the way he or she drives. If the message is adrenaline, the customer will step back and say, “That’s not how I drive.”

Phasing Out CS4
CS4 production has wound down for the independent dealer channel. Jamieson noted that the company still has inventory on hand to manage some issues such as a customer need a couple tires to make a set or replace a damaged tire. CS4 replacement at the national retailer level will come later. CS5 shipments began April 7.

A point of pride for the company is the price of the CS5. Jamieson notes that the number one concern for dealers is that the company is pulling its most popular product, the CS4, in favor of a feature-rich, more costly product. Cooper, however, has made an effort to be even more cost competitive with the CS5. 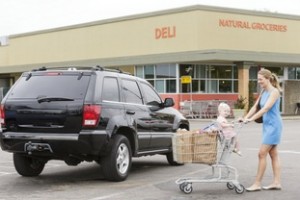 “We are very proud to say that the CS5 is the same price as the CS4 on a weighted average basis,” stated Jamieson. “We made some size to size adjustments. In fact, we have offered some H-rated sizes at more competitive pricing than the CS4 it replaces. Our objective is to be competitive in the positions the CS4 was and the new CS5 competes.”

And, for this upcoming summer, Jamieson noted that the CS5 will be covered under the company’s “Summer Savings Event,” where consumers are eligible to receive up to a $70 Visa Prepaid Card by mail when purchasing a new set of CS5s.

Jamieson finished the event by stating that Cooper’s place in the market is crowded, but Cooper is poised to be the best value in that space. “Our goal is to have a consumer, with 150 brands to choose from, come back to a dealer and say that he or she is confident enough with these CS4s to go on to get a CS5.”