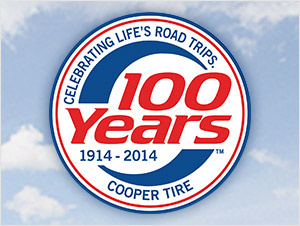 Cooper Tire & Rubber Co. marked a century in business with a company picnic and speeches at its headquarters.

“One hundred years of success is a real tribute to the people of this organization,” Roy Armes, president, chairman and CEO of Cooper Tire & Rubber Co., told employees at the event.

Armes also announced the company will re-explore plans to build a global technical center in Findlay, Ohio, according to the Toledo Blade.

“We’re really, really happy about being able to reinstitute that and get that going again,” Armes said.

Previously, Cooper announced that it would spend $40 million across five years to create tech center in Findlay. The plan was put on hold last year as the company entered into a merger agreement with Apollo Tyres.

Additionally, Cooper shared that $25,000 would be used to start a scholarship for children of Cooper employees.

Ohio senator Rob Portman also made an appearance to help celebrate the milestone. He praised the tiremaker on its ability to last through the years.