Continental Corp. reports it has successfully completed final stage of its "comprehensive refinancing program." On March 29, the automotive supplier agreed to new terms and conditions for its VDO loan for an original financing volume of 6.5 billion euros, maturing next year. 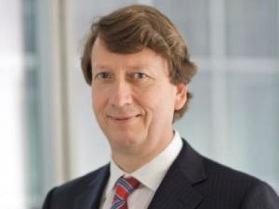 The new package features a credit volume totaling six billion euros: One loan tranche of 625 million euros will mature in August 2012; a further tranche of 2.875 billion euros plus a revolving credit facility amounting to 2.5 billion euros have a term of three years. Financing will be provided by more than 35 banks. Continental states it was “significantly oversubscribed.”

“On the basis of our good results for 2010 and our positive outlook, we were able to achieve the better conditions we intended. This reflects the confidence in the economic strength of Continental and our reliability. Our improved debt maturity profile had a particularly positive influence on our creditworthiness and should help to further enhance our rating. Moreover, we decided to reduce the credit volume by 500 million euros to 6 billion euros in view of our convenient liquidity cushion of 4.2 billion euros at the end of 2010,” said Continental CFO Wolfgang Schäfer. “Following this, the last major phase in our overall refinancing project over the last two years, we would expressly like to thank our partners at the banks involved. We were very pleased that they supported us and trusted in us in the middle of a deep economic and financial crisis, even during the very difficult period around the end of 2009 and the start of 2010.”

Continental originally received a 13.5 billion euro credit line from banks in the form of a syndicated loan to finance its acquisition of Siemens VDO in the summer of 2007; this figure has since been reduced to 6.5 billion euros via capital increases implemented in 2007 and 2010 and amounting to a total of 2.5 billion euros. In addition, proceeds amounting to 3 billion euros from the 2010 bond issues plus funds from the cash flow provided by operations were also used to repay the loan.