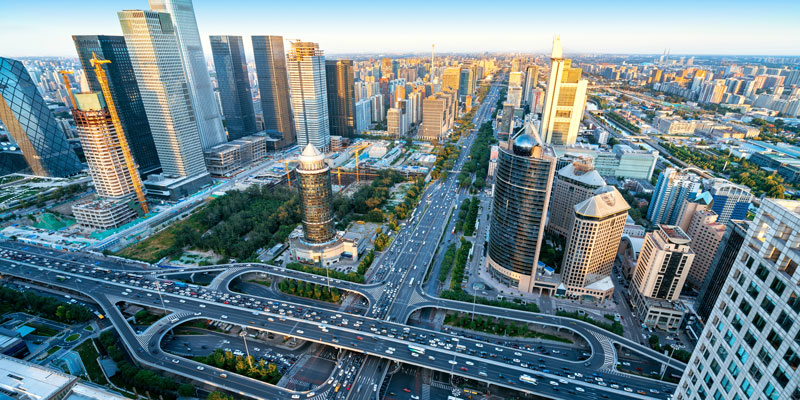 The Chinese tire industry, the global powerhouse in production and consumption of tires, had one of the most challenging years in recent history in 2018. Sagging domestic demand and the U.S. sanctions hit the industry very hard.

In 2018, the Chinese tire industry had to undergo a slowing economy, more stringent safety and environmental protection inspections conducted across the tire factories in the country, and the fluctuation of major raw material prices, as well as uncertainties in the geopolitical and economic situation around the globe.

A number of mid-sized and smaller tire producers in China were squeezed in last three years by rapidly changing demand dynamics in the domestic market, tariff barriers in export markets and increasing raw materials and labor costs. On the other hand, government-driven requirements for supply-side reform, environmental legislation, and supply side and industrial reforms are making it tougher for these smaller companies to survive.

The Shandong Province in China is home to more than 300 small- and mid-sized tire producers. From 2017 to August 2018, 35 tiremakers in the province have been shuttered and declared bankruptcy.

In November 2018, Shandong Yongtai Group (Durun tyre factory) had to declare bankruptcy, prompted by a number of internal and external factors.

China’s car market has not only been the significant driver of the Chinese tire industry, but also one of the most reliable engines of global growth for decades. However, that all might be coming to an end. The world’s biggest vehicle market saw its first annual drop in automotive production and sales in 2018. This was the first fall in Chinese automotive production in the last 20 years. According to the data from China Passenger Car Association (CPCA), sales in the country fell 6% to 22.7 million units in 2018.

In one of the most significant acquisitions in Chinese tire industry, leading Chinese tire producer Doublestar bought a 45 % stake in South Korean Kumho Tire for USD $597.4 million in 2018. A unit of the company’s controlling shareholder, Doublestar Group, bought 129.3 million ordinary shares in Kumho Tire, ending a lengthy takeover process.

Earlier in September 2017, Korea Development Bank (KDB) and other Kumho Tire creditors terminated an $872 million deal to sell a stake in Kumho to Doublestar after the Chinese firm demanded a cheaper price, citing the tiremaker’s weakening profits. An over-ambitious acquisition strategy run by Kumho Tire’s former parent company before the global financial crisis left the conglomerate saddled with debt, leading to Kumho Tire being put under a creditor-led debt restructuring in late 2009.

In November 2018, Italian tiremaker Pirelli entered into a joint venture with China’s Hixih Group. Pirelli will invest $75 million for a 49% stake in a new tire production plant in China. The new joint venture, Shenzou Tyre Co., will give Pirelli the necessary production flexibility in the high value segment, taking into account the evolution of the Chinese tire market, the expected developments in electric vehicles and the growing share of homologations obtained in the OE segment in China, Japan and Korea.

Under the terms of the agreement, Pirelli will manage the operation of the plant and acquire a 49% stake in the JV for around $75 million with the right to increase it up to 70% in the period from January 1, 2021 to December 2025.

A number of Chinese tire producers have opted to set up manufacturing plants overseas in recent years, with the number of overseas plants steadily increasing. Meanwhile, a few years ago, most of the Chinese overseas investment in the tire industry was flowing into other Asian countries. But, in the last three years, the U.S. and Europe have become the favorite manufacturing destinations for Chinese tire producers.

Shandong Linglong Tire Co. is building a new tire factory in Serbia. Coming up with an investment of USD $990 million, this factory will be built in three phases over the next seven years. The first phase is expected to start commercial production in 2021. Upon completion, it will have an installed capacity of 13.6 million tires per year. It will produce tires for cars, trucks and buses.

Triangle Tire, one of the top 10 Chinese tire producers, is also planning to build a new tire plant in the U.S.  Based in Weihai, the company produces more than 25 million tires each year. It operates five plants in Weihai and supplies OE tires to customers such as General Motors, Nissan and Volvo in the Asian market. In 2017, Triangle announced its investment of USD $580 million to build its first U.S. manufacturing plant, in Tarboro, North Carolina.