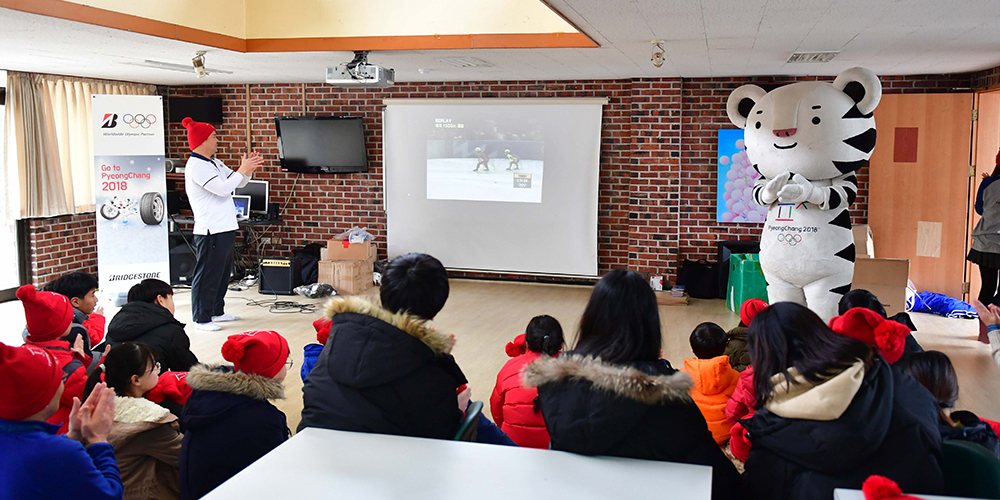 The program, which teaches students about the values of the Olympics, has expanded to the Shin-Mang-Won Orphanage, located in the Gyeonggi Province of Yangpyeong-gun just 30 miles from the capital of Seoul. Bridgestone joined The PyeongChang Organizing Committee for the 2018 Olympic and Paralympic Games (POCOG) in bringing the program to children across South Korea.

At the orphanage, “PyeongChang Day” was held earlier this month, where students participated in Olympic sports and learned about the Olympic values of friendship, excellence and respect, according to Bridgestone. Students also received a special surprise with a visit from South Korean speed skater Ko Gi-hyun

Bridgestone also is planning to host a group from Shin-Mang-Won so that children from the orphanage can see the Olympic Torch Relay pass through Seoul in January. The company also plans to host the children for a VIP spectator program at the Olympic Winter Games.

“Education is a core element of the Olympic Winter Games PyeongChang 2018 and we are delighted to be working with Bridgestone to take our program out to the community and to the Shin Mang Won Orphanage,” said Lee Hee-beom, president of the PyeongChang 2018 Organizing Committee.

Bridgestone has operated in South Korea since 2001, said Kensuke Yoshida, managing director of Bridgestone Tire Sales Korea Ltd. Yoshida said the company is incredibly proud to spread the Olympic spirit through the program.

“Supporting people, especially children, in the communities where we operate is core to ‘Our Way to Serve,’ which is Bridgestone’s global corporate social responsibility (CSR) commitment,” he said in a statement.

Bridgestone became an official worldwide Olympic partner in 2014 after signing an agreement with the International Olympic Committee to sponsor the games through 2024.