A new management role, general manager operations, has been created at Pirelli, and Gregorio Borgo has been appointed the first incumbent. Borgo, currently head of Pirelli’s Asia-Pacific region, will report directly to company chairman and chief executive officer Marco Tronchetti Provera in his new position. 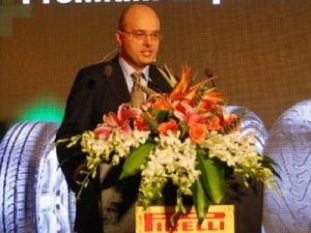 The tweaking of Pirelli’s management structure and creation of the general manager operations position was approved by the Italian firm’s board of directors on Sept. 26. In a statement, Pirelli wrote that the reorganization “aims to maximize oversight of the business and geographical coordination of all operational activities linked to product development and management.”

Reporting to the general manager operations will be the organizational units linked to operations management (industrial operations, supply chain, product and original equipment aftermarket and marketing), the Industrial and Moto Business Units, as well as the different regions (Africa, Middle East and India, Asia-Pacific, Central Europe, North West Europe, South Europe, Latam, Nafta and Russia and Nordics). According to Pirelli, the goal is to “reinforce industrial and commercial synergies to better support commercial development, in the context of ever more competitive markets. With regard to overall governance and coordination, the Regions will continue to report directly to the chairman and CEO.”

The general manager operations is one of two key positions reporting directly to Tronchetti Provera; the other is the chief technical officer. As chief technical officer, Maurizio Boiocchi’s direct reports include the areas of product, processes, quality, original equipment and motorsport, all parts of the business Pirelli considers strongly linked to research, innovation and homologation with car makers, the last of these being key to the implementation of the company’s premium strategy. These areas will also report to the chief technical officer at the various country levels.

This change in management structure at the national level is a move away from existing practice and was decided upon “to spread and consolidate best practices between headquarters and the regions.” As a result of this evolution, the role of chief commercial officer, currently held by Andrea Pirondini, will disappear from Pirelli’s management structure. Mr. Pirondini’s career at Pirelli, which began in the UK in 1989, draws to a close at the end of 2013; in a statement, Marco Tronchetti Provera and Pirelli’s board of directors conveyed their “deepest thanks to him for his fruitful work.”

Gregorio Borgo joined Pirelli in 1992 and has had a variety of roles within the company, in particular in the marketing and commercial areas. His career in the group has included work in the car and truck business units, as well as the opportunity to develop his experience at Pirelli’s headquarters in Milan and at the international level, from North America to Japan to China. He has served as CEO of Pirelli’s Asia-Pacific Region since 2011.  (Tyres & Accessories)