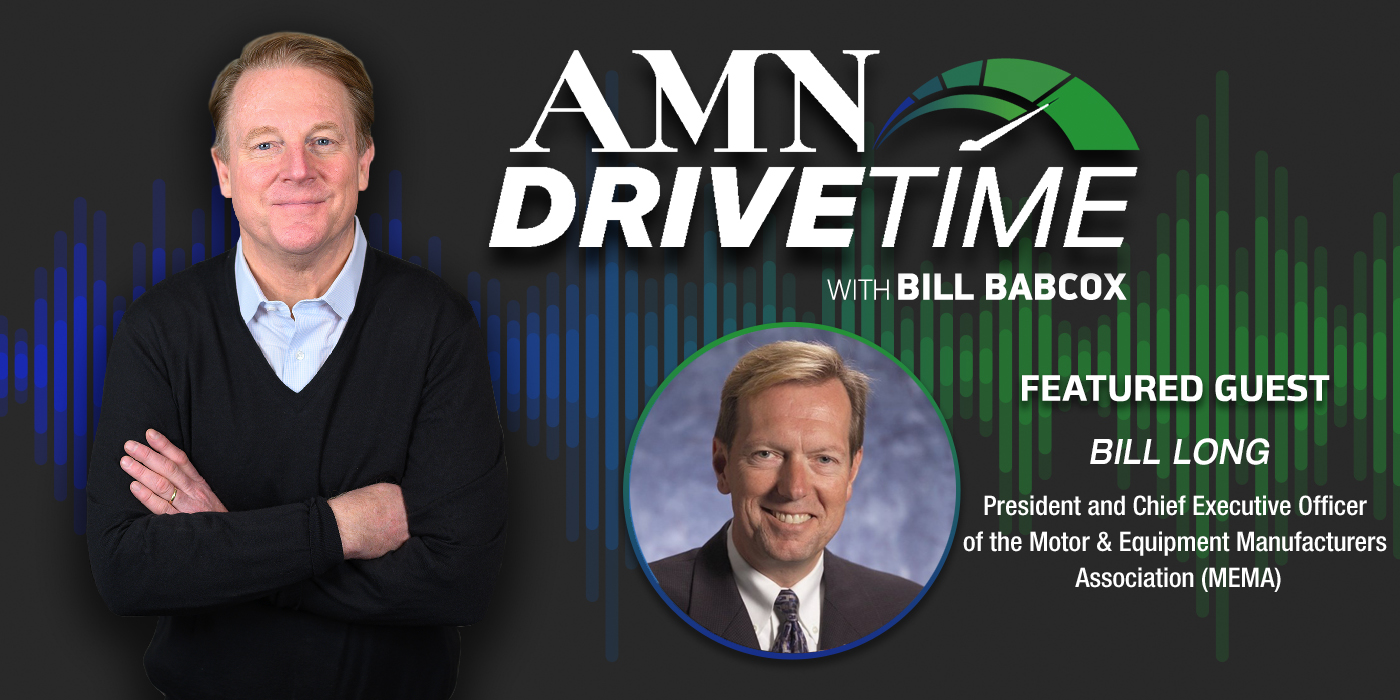 From his first job where he crashed a NAPA Delivery vehicle to today leading the nation’s top association for motor and equipment suppliers, Bill Long got his start on the “ground floor” and worked his way up.

“The Monday after I graduated from high school, I was working at a NAPA Auto Parts store in Massachusetts as a delivery driver,” Long said in a recent interview for the AMN Drivetime podcast with Bill Babcox, owner and CEO of Babcox Media. “I did such a good job in crashing the company delivery vehicle that I was promoted to the machine shop and then to the counter and then managed a store, and I did all of that while going to college between courses.”

Later in his career, Long took a factory job in the Brake Parts division at Echlin, where he spent 25 years and stayed with the company through 2001 and a merger with Dana. He left the supplier side of the business to become part of the industry trade association world and joined the Motor and Equipment Manufacturers Association (MEMA) in 2012 to lead its Automotive Aftermarket Suppliers Association (AASA) division. In February 2019, he took the top spot as MEMA president and CEO. In between everything, he’s had a passion for and spent some of his career in racing as well.

Be sure to check out the full podcast to hear more about Long’s career and see some of the many photographic memories he’s captured and shared with AMN. AMN Drivetime with Bill Babcox is presented by Litens and published by AftermarketNews.com.

Roger McCollum on Commitment to Industry [Podcast]
Connect with us