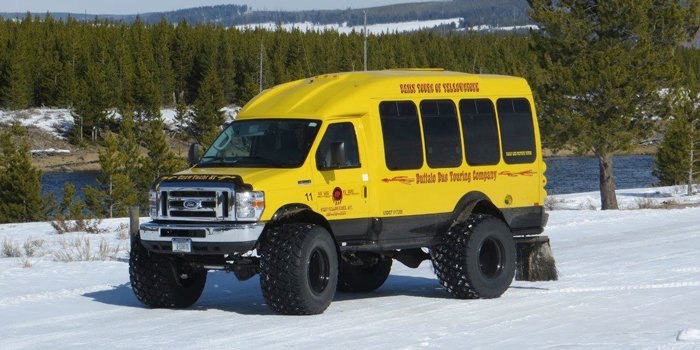 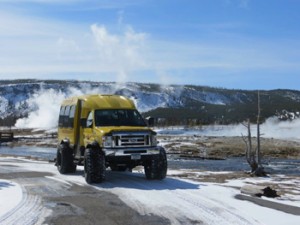 For more than 60 years, all winter vehicles in Yellowstone National Park had to run on rubber tracks. This 2015-2016 winter season, Buffalo Bus Touring Co. of West Yellowstone, Mon., will use Alliance Tire America Inc.’s low-pressure flotation tires to the test traversing the snows of the landmark park.

“The National Park Service has strict rules for maintaining the impact of vehicles on the park’s environment and on the visitor experience, limiting the physical effects of driving as well as noise levels,” says Anthony Cresta, field sales engineer for Alliance Tire Americas Inc. “Low-pressure flotation tires are made to ride gently on top of fragile surfaces like snow pack and leave the terrain below as intact as possible. That makes them an excellent alternative to continuous drive tracks, which can cause a racket and be much more expensive to install and maintain.”

This will be the third year of Buffalo Bus Touring Co. has participated in a study pitting flotation tires against tracks, Alliance said. Analysis of the 2013-2014 trials, using 600/50R22.5 Alliance 382 DOT All-Steel flotation tires, revealed that flotation tires:

Alliance Flotation Tires at Use in Yellowstone