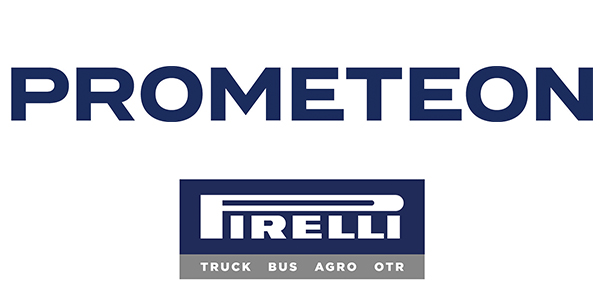 Prometeon Tyre Group, the licensed manufacturer of Pirelli-branded truck, bus, agricultural and OTR tires, will invest almost $115 million in its plant in Turkey to increase production by 75% by 2020.

Prometeon Tyre Group, the licensed manufacturer of Pirelli-branded truck, bus, agricultural and OTR tires, will invest almost 580 million TL ($115 million) from 2017 to 2020 in its plant in Izmit, Turkey to increase its production capacity and implement advanced technology

With the investment, Prometeon estimates that its Turkish plant will increase by 75% by 2020 and its export to foreign markets will almost double from current levels. The factory, Prometeon’s first tire factory in Turkey, will add 150 new employees directly and 750 indirectly adding to the current 2,000 direct jobs and 10,000 indirect ones.  The announcement was made by Gregorio Borgo, chief operating officer of Prometeon Tyre Group and Alp Günvaran, the CEO of Prometeon Turkey, MEA, Russia, CIS.

“Turkey is the Premium factory for Europe – both as OE Premium and replacement. This new investment will increase the production capacity to follow the future growth trend of the Regions Europe and MEA,” said Borgo. “Prometeon Turkey is an important production, management and talent center within the Group. Turkey is the management base of 75 countries in the MEA, Russia, CIS region which is one of our four main regions in the world. Almost one third of Prometeon Tyre Group’s annual turnover is realized in the region managed by our Turkey office and more than 50% of the tyres that we manufacture in Turkey are exported.”

Emphasizing the value of the investment, Günvaran said Prometeon’s Izmit factory, established in 1960, “continues to be an engineering force” and makes “a significant contribution to exports from Turkey with its current annual capacity of almost 1 million units.”

“We will further strengthen the position of Turkey as one of the largest suppliers of Europe in the industrial tyre group,” he said. “The factory is one of our 4 production facilities in the world and continues to add value to the tyre industry on a global scale, as it is the first plant in Turkey to have received an R&D certificate issued by the Turkish government.”

The Prometeon R&D Center located in the Izmit plant has operated for more than 10 years and tests nearly 7,000 prototype tires each year for the Turkish market and related countries.

The Prometeon Tyre Group was part of the Pirelli Groupuntil March 2017. Since then, Prometeon and Pirelli have been separate companies.