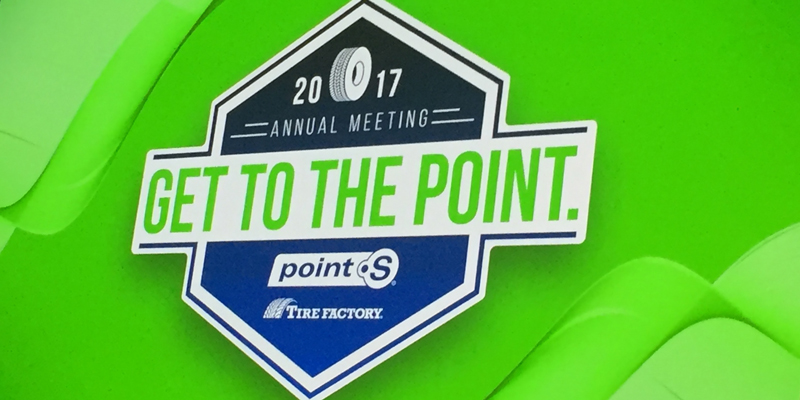 In the spirit of evolution, Point S USA moved its 2017 Annual General Meeting from Portland, Ore., to Phoenix. During the meeting Point S leaders shared the latest advancements and updates the co-op has been working on to keep independent tire dealers on the map. 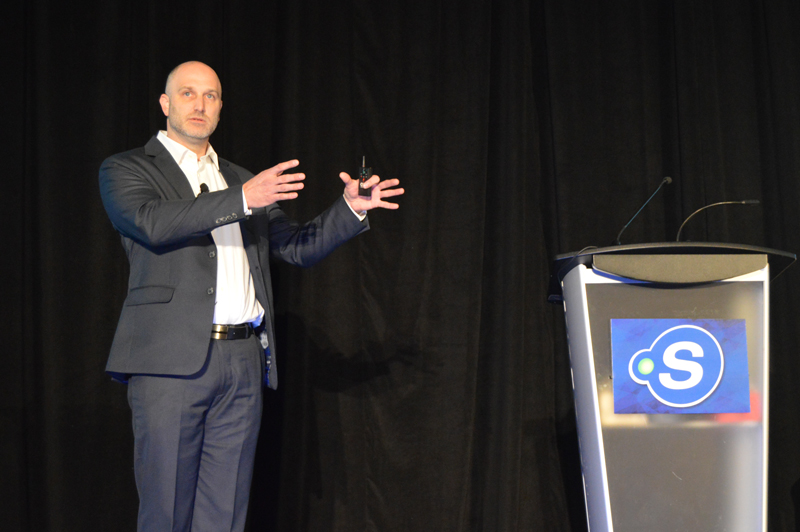 Since the marriage of Tire Factory and Point S in 2015, a lot of change – or rather, evolution – has been occurring on the West Coast. Tire Factory stores continue to convert to the Point S brand as the company eyes new ways to give independent tire dealers new tools to succeed.

In that spirit of evolution, Point S USA moved its 2017 Annual General Meeting from Portland, Ore., to Phoenix. During the meeting Point S leaders shared the latest advancements and updates the co-op has been working on to keep independent tire dealers on the map.

“We only evolved our brand. Our brand is still the same. Our brand is us – in the store, what the customer gets every day,” said Eric Gill, chairman of the Point S USA board and owner of the 15-location Gill’s Point S Tire and Auto, based in Oregon. “We need to continue to evolve and it’s a never-ending process.”

Nearly 85% of those 206 stores have been successfully converted or are in the process of converting to Point S stores (far exceeding expectations), according to Walter Lybeck, Point S USA CEO. Combined with the converted stores in Canada, Point S North America has successfully changed over more than 340 stores.

During the Feb. 17 dealer meeting, Point S USA announced 12 new stores were added in 2016 and two new stores in Oklahoma (David’s Discount Point S and Direct Discount) were added in early 2017. These new stores not only expand the Point S footprint farther east, but they also add distribution capacity for further growth in the state.

Lybeck, along with the 12 Point S board members and four management team members, traveled the western United States this past year to make sure Point S and Tire Factory dealers were doing well with the changes and, more importantly, are happy with the changes announced in Portland last year.

“I think it was probably as Nolan Calvin (owner of Nolan’s Point S in Gresham, Ore.) said, ‘the best worst decision we ever made,’” said Lybeck. “It was very moving for me to see you guys at your stores and I intend to continue that in the future – though I don’t think we will do again all stores in one year, that was a big accomplishment.”

With Point S dealers now more aligned with the group, growing the Point S family continues to be a huge focus in 2017. The company has taken prospecting and recruiting new members seriously by realigning its structure to include team members solely focused on recruits. The company also welcomes Rio Rios as the company’s head of training.

By 2020, the company has set a goal to become the third largest independent retail tire chain in North America, announcing the company has 200 leads on the radar in states as far east as Ohio, Georgia and Virginia.

In order to reach this goal, Point S has made quite a few updates and changes to its products and distribution.

To get more products to dealers more frequently, Point S plans to increase delivery frequency in 2017 and announced it is also trying to get its fill rates up to 90%. The co-op is investing in small vans for quicker runs and in some areas offering twice daily delivery.

Certain markets will also experience some changes in where and how they receive tires from Point S distribution centers. After back and forth about how to get more tires to Northern California dealers, Point S will offer those dealers daily deliveries in 2017.

Also on the product side, Point S dealers will have exclusive rights to sell seven different tires from Sentury Tire’s Pantera Tire line through the Tire Alliance Groupe (TAG). Plus, dealers will have access to more rebates from tire manufacturers including Goodyear, Yokohama, Hankook, Cooper, Falken and Nokian. Point S also launched its first private label winter tire – the Winterstar ST – in October 2016.

Clint Young, director of sales and business development, notes that the company is also exploring offering a road hazard program.

Point S will also be offering dealers more digital and communication services, including an @PointSTire.com email address with the option of Skype for business to instantly message the Point S staff.

“Business and technology are completely interwoven and if we can’t provide that to you, then it’s going to be harder and harder for you to be competitive. Technology is one of the greatest equalizers we have to make you competitive against the competition in this exceedingly competitive market,” Helstrom adds.

The company’s point-of-sale program, Traction, has been updated to include a digital dashboard with sales data and the ability to compare progress to benchmarks across various locations and create trackable goals from these benchmarks.

One of the biggest updates includes the ability to sell tires online. The new Point S website is now capable of making transactions on desktops and mobile, allowing independent Point S dealers to directly sell tires online to their customers and bring them into their shop for service.

Unique to the online sales system is the ability to customize price, subscribe to regional pricing or do a combination of both. The system can also connect with Traction to check warehouse inventory and show online shoppers if their tires are available and how long the tires will take to get to the shop if not readily available.

“With that selling on the web capability, the difference between what we’re doing and what others will do is we allow you to choose. You get to opt in,” Weller explains. “You get to choose to sell online. We think it is an important thing to do. We think you need to have access to it. But pricing is your pricing and the customer is your customer, not our customer.”

Trying to stay ahead of technology, Point S is also looking to offer its dealers a plug-in telematics device that could help the tire buying experience. More specifically, a device that would track the surfaces driven on. This could allow dealers to give specific tire recommendations to its customers tailored to their applications and driving needs. Young said Point S is currently talking with a couple of companies about this technology.