Philadelphia-based Pep Boys, which recently wrapped up the purchase of seven Big O Tire stores in the Pacific Northwest, has purchased the 85-store Big 10 Tires Chain in the southeast. 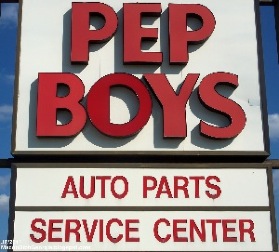 Big 10 Tires operates 85 retail locations across Georgia, Florida and Alabama. Big 10 was founded in 1954 in Pensacola, Fla., as a franchised dealer for O.K. Rubber Welders. Owned by Sun Capital since November 2006, Big 10 filed Chapter 11 bankruptcy in 2009 due to the economic downturn.

Sun Capital said that since the acquisition, Big 10 “has optimized its cost structure and footprint to remain competitive during both the recession and an era of rising fuel prices.” It also said the company expanded its product offering, realigned the management structure to improve operating efficiencies, and launched a campaign that further strengthened the Big 10 brand in its core markets.

Pep Boys, with more than 600 stores in 35 states and Puerto Rico, has publicly stated its growth desires, especially in the tire sector. In its 2010 financial report, Odell said, “We opened 35 new locations in 2010 – 28 service and tire centers and seven supercenters. That’s on top of 25 new stores in 2009. Our growth will continue to accelerate in 2011, as we have targeted opening 50 new service and tire centers and five supercenters.

In an April 11 filing with the U.S. Securities and Exchange Commission, Pep Boys claimed it would open an additional 85 stores in 2012, using a “hub and spoke model, which calls for adding smaller neighborhood service and tire centers to our existing supercenter store base.”

In mid-April, Pep Boys announced the purchase of seven stores owned by Big O franchisee Herb Davenport located in the Seattle-Tacoma, Wash., area. The deal was done in March, and Pep Boys intends to convert them to its brand.