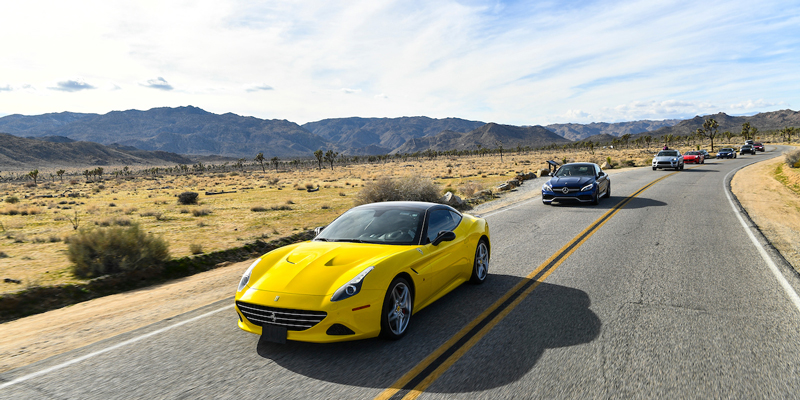 Hurtling through the desert, a caravan of high performance cars – Mercedes-AMG E63s, Ferrari Californias and Audi R8s – chase down the California Highway Patrol. Fast cars pursuing a cop at speeds of more than 120 mph seems a bit backward, but this rapid drive was facilitated by Michelin North America.

Hurtling through the desert, a caravan of high performance cars – Mercedes-AMG E63s, Ferrari Californias and Audi R8s – chase down the California Highway Patrol. Fast cars pursuing a cop at speeds of more than 120 mph seems a bit backward, but this rapid drive was facilitated by Michelin North America.

The trek through Joshua Tree National Park was just one driving event the tiremaker used to showcase its latest ultra-high performance tire, the Michelin Pilot Sport 4S. Different waves of media and “influencers” (YouTube stars and some celebrities) were also invited to test the tire at the Thermal Club track in Palm Springs, Calif., in mid January. Drivers had the chance to test the tire against leading competitors in an autocross course as well as test their speeds in a “follow the leader” drive around the racetrack.

The event concluded with hot laps from professional drivers and a dinner prepared by a three-star Michelin chef.

The media launch followed a formal announcement of the Michelin Pilot Sport 4S at the North American International Auto Show in Detroit. On hand for that announcement was Jean-Dominique Senard, CEO of Groupe Michelin. 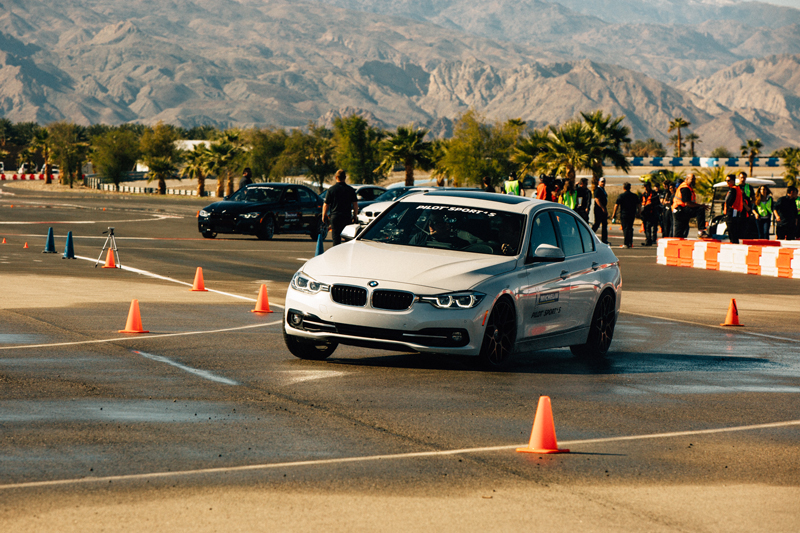 During the announcement Senard shared the history of Michelin’s involvement in racing at Le Mans and noted that much of what is learned on the track is translated into tires on the street. Senard also spoke with media about the importance of tires for future vehicles.

“We would have never been able to generate such a performance tire without this racing experience. It’s as simple as that,” Senard explained. “And it takes time. It’s not an easy thing. It’s not something you get from scratch. It’s something that is a long-term story and the result is just worth it.

“You may never drive a lap at Le Mans, but you can still experience Michelin’s track-to-street innovation to make your daily drives more thrilling, yet still safe,” he said. 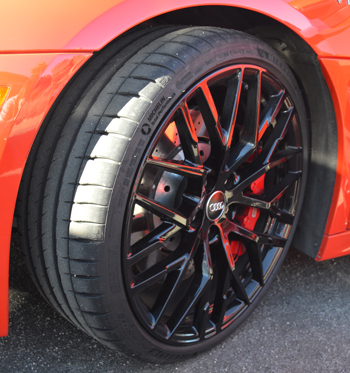 Designed for sports cars and high-performance vehicles, the Pilot Sport 4S combines aspects of the Pilot Super Sport and the Pilot Sport Cup 2. The summer tire offers steering precision and directional stability, while providing maximum grip on both dry and wet roads – solving the pleasure and safety equation for performance enthusiasts, the tiremaker said.

“Just as the Pilot Super Sport has become the industry standard, we expect the Pilot Sport 4S will become the top replacement option for owners of many ultra-high performance automobiles,” Senard shared.

The Pilot Sport 4S bears a Y speed rating and offers a 30,000-mile warranty. It will be available in the United States this March in 35 sizes from 18- to 20-inch wheel diameter.

The tire has already been selected as OE on the 2016 Ferrari GTC4Lusso, the 2017 editions of the Mercedes-AMG E63 and E43 models and the Koenigsegg Regera, Senard shared. The tire is in consideration for more than 60 additional OE fitments.

The Pilot Sport 4S will be produced at Michelin plants in Greenville, S.C., and Clermont-Ferrand, France.