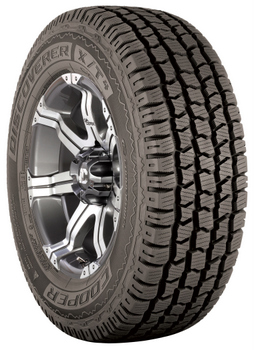 The tire, for truck and SUV owners, is designed to work in all four seasons, Cooper said.

“The X/T4 fills a void in the Canadian marketplace by presenting consumers with a reliable product that works equally well pulling the boat out in July, as it does pulling the sleds down a snow covered road in January,” said Scott Jamieson, Cooper’s director of product management.

Other features of the Discoverer X/T 4 include stone ejector ribs that help resist stone drilling and twin tie-bars for added stability, Cooper said.